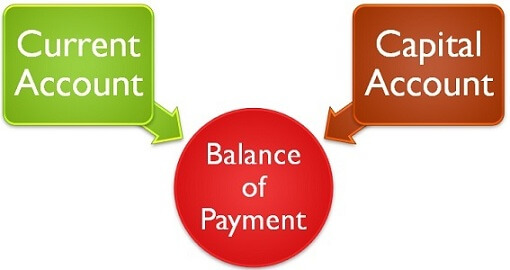 Trade protectionism is essentially a left-wing idea. Our President thus shares a mistaken assumption with Bernie Sanders and Elizabeth Warren: that the existence of trade deficits means other countries maintain trade policies that cause this so we need trade policies that will fix it. In their eagerness for the government to intervene into our economy, they are focused on the wrong deficit.

Even when the United States economy is at full employment, like it is now, it consumes more than it produces. As long as this remains the case we will always run a trade deficit no matter how “tough” Trump thinks he gets on trade.

When confronted with the fact that these tariffs will harm more American workers than they will help, I’ve seen the response that “we have to do something” to fight back against other countries’ trade surpluses. So let’s imagine this self-inflicted harm is just a sacrifice to create leverage for the successful renegotiation of our trade agreements. That would presumably mean we will then export more. Since we are at full employment, the production shift that would follow, to take advantage of these new export opportunities, will mean the U.S. economy has to make less of something else. We will thus be compelled to import whatever that something else is, with no change in the overall trade deficit.

Were we not at maximum production, the new earnings from these exports would simply be spent with the same domestic-to-foreign ratio we already have. We would then afford and proceed to buy more imports than we did before without any change in our trade deficit.

What people who pine for more government regulation of our trade miss is the reality that it’s actually always in balance. International trade is made up of two flows that balance themselves out. What folks colloquially call trade deficits and surplusses are really only half of the equation: the Current Account. The other half is the Capital Account, the flow of investment into our economy. (It’s becoming common to break the Capital Account further into a third account, the Financial Account, but it behaves the same way as the rest of the Capital Account.)

Our Current Account deficits exist because we run Capital Account surplusses. Rather than our trading partners’ trade policies, the composition of this balance of payments is driven by how leveraged our economy is. As long as we enjoy easy mortgages, student loans, business loans, multiple personal credit cards, liquid local government bond markets, and low-interest rates on our national debt, we will always run a Current Account deficit. An American Current Account surplus would mean those financial options would become scarce, as is lending in China and Japan.

Between one third to a half of the trade deficit our President complains about is caused by the federal budget’s fiscal deficit he presides over.  Trump is breaking Obama’s spending records. He signed a tax cut that, even when taking into consideration expected growth, will require $1.2 Trillion in U.S. Treasury Bond sales to cover. Trump is thus going to need a trade deficit to finance his desired increases in defense and entitlement spending.

As long as we keep our government, business, and personal debt manageable, living in an economy where we are consuming more than we produce isn’t necessarily a bad position to be in, but that inherently means the rest of the world will be selling us more than we sell them. The rest of the world then uses the surplus U.S. Dollars it gets from that trade to invest in our economy and to buy our government bonds.

If you truly want our balance of trade to suddenly change, be careful what you wish for. Selling the whole world exactly as much as they sell us every year would mean we’re the ones who would have to start saving much larger amounts of our incomes to invest in all our highly leveraged companies, give mortgages to people to buy houses, and to fund the federal government’s $1 trillion deficits.

Our President is barking up the wrong tree. Reversing our lucrative integration into the global economy will only make our economy less efficient. It will not alter our overall Current Account deficit. The trade deficit he has long denounced is caused by the debt he has long embraced. Our self-described “King of Debt” ought to know what actually drives the trade deficit, but clearly, he doesn’t.