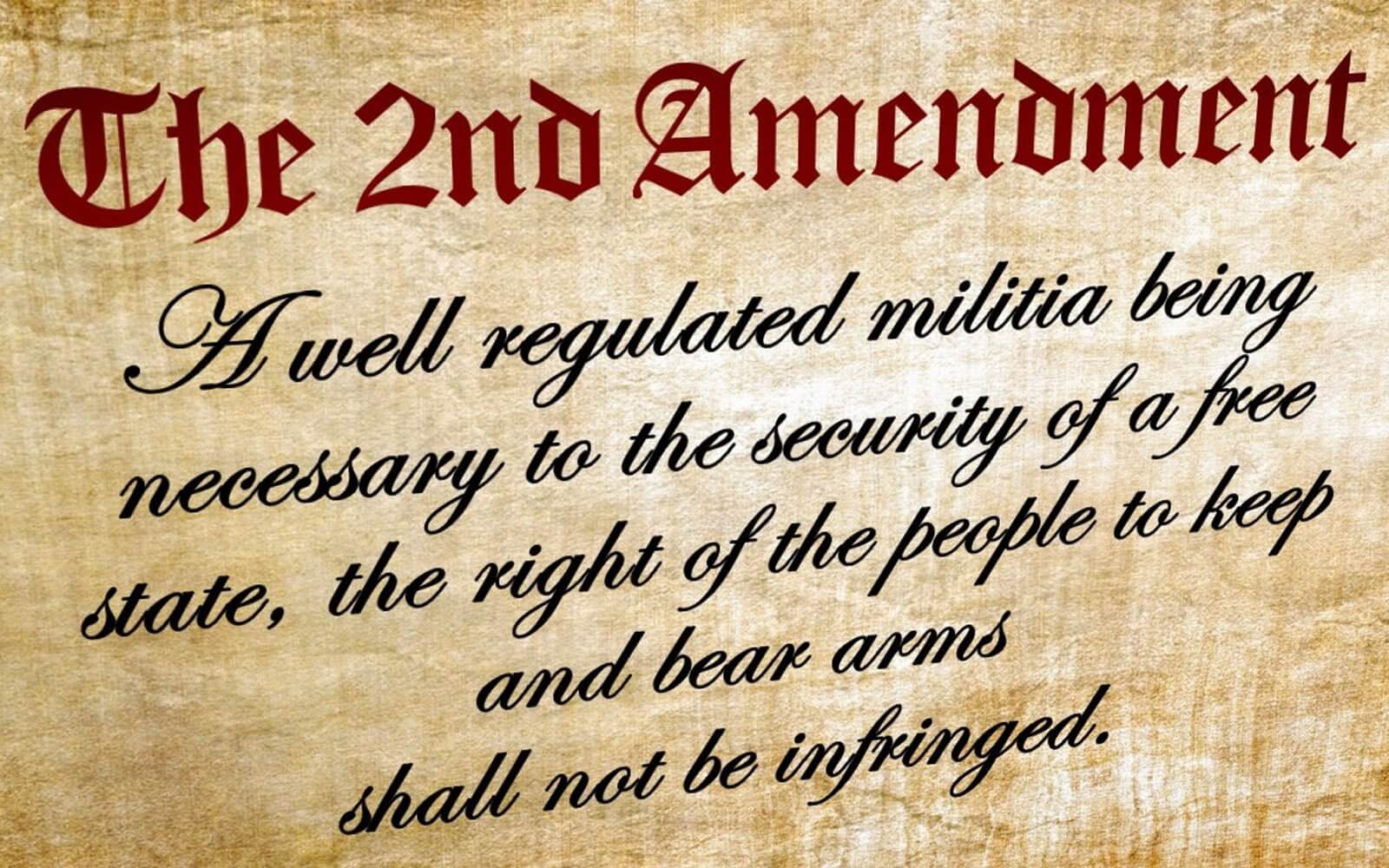 I’m going to the Good Guys with Guns BBQ this Sunday at 1 PM – 4 PM in Corvallis, Oregon’s Avery Park. It’s a fundraiser to support the founding of this new pro-2nd Amendment organization for Oregon. I expect to meet a lot of people from around the Beaver State who will oppose the two anti-gun ballot measures currently collecting signatures: IP43 and IP44.

While there, I expect to hear a lot about the U.S. Constitution, including the claim that the ratification of the 2nd Amendment was not about hunting, not about sports, that its intention was personal protection, including the check and balance that an armed people possess in deterring the rise of a tyrannical government. I agree that these are all accurate depictions of what the right to bear arms has always primarily been about, but I often observe that this embrace of an originalist interpretation of the 2nd Amendment is held by people who simultaneously reject an originalist interpretation of other parts of our Constitution.

This right of ours is unique in the world, in that our founding generation so mistrusted the idea of a national government that they did not give it a monopoly on the legitimate use of violence. They reluctantly ratified the creation of centralized political power only with the inclusion of a Bill of Rights that tied the federal government’s proverbial hands behind its back in terms of police powers.

Giving the people the ability to shoot back was not the only way America’s Founding Fathers mistrusted centralized government. They also saddled federal law enforcement with rules that, if taken seriously, would make the FBI’s job nearly impossible.

We also have a federal agency named after three legal things: alcohol, tobacco, and firearms, an organization whose very existence would seem strange to James Madison. If the language he drafted into the 4th, 5th, 6th, 7th, and 8th Amendments were interpreted with the same originalist zeal as conservatives apply to the 2nd, there would be few means for Attorney General Jeff Sessions to shut down prostitution websites like backpage.com. Given the limited power of federal law enforcement, all cities would be, in effect, sanctuary cities.

What many people have forgotten however is that in 1789 these rights were only protections against federal power. State governments had the power to take away its residents’ weapons. When Oregon became a state in 1859, the federal Bill of Rights had no legal bind on the level of rights those pioneers chose for themselves under a state constitution. Oregon could have banned Walter Hunt’s deadly new repeating rifle as much as it could have allowed no right to remain silent when interrogated by a state trooper. Oregon could have chosen no limits on state agency surveillance either.

The Republican Party changed that in 1868. Section 1 of the 14th Amendment contains extremely radical language, stripping state governments of their power to legislate a lower degree of rights than the federal constitution, incorporating the Bill of Rights and its judicial review on all levels of U.S. public policy.

This made James Madison’s classical liberal vision of weak police powers ubiquitous in America. This coherent set of higher laws that limits all levels of government power prompted the Nobel Prize winning economist Friederich Hayek to write The Constitution of Liberty in 1960 as the Warren Court began tearing down what conservatives at the time called “states rights.” Hayek loved the U.S. Constitution in a way that few conservatives have. That’s why the last chapter in this book was titled “Why I am not a conservative.” He rightly saw this supreme law of our land as a bulwark of liberty that reduced the size and scope of government across the board. 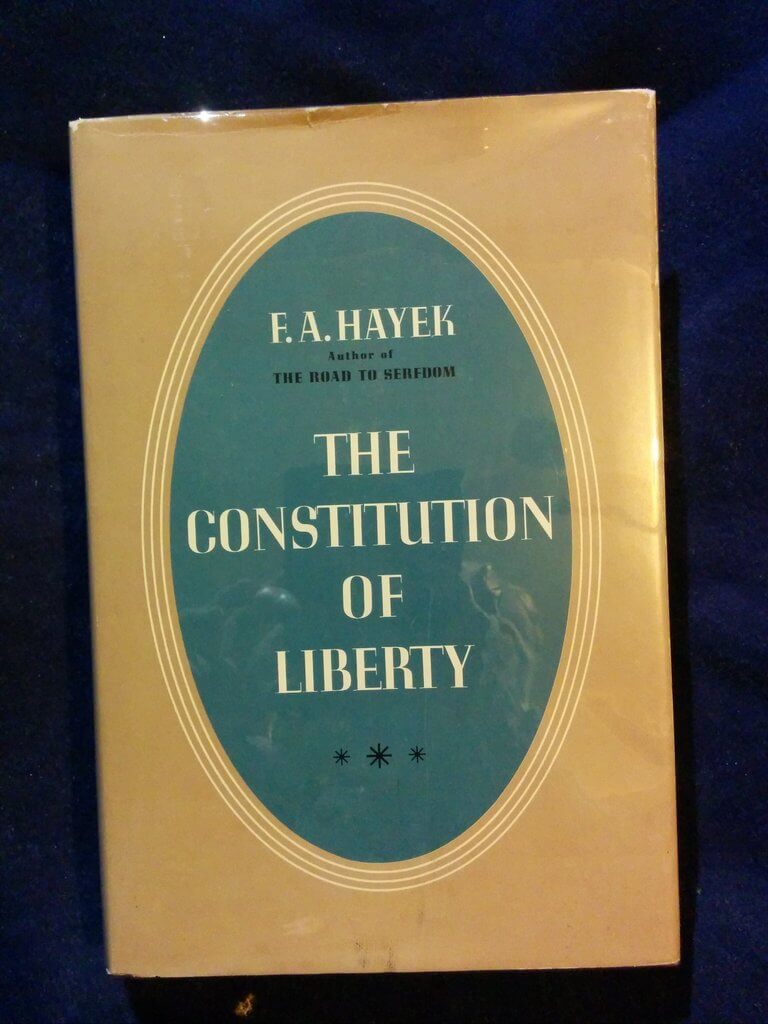 Conservatives in Hayek’s day didn’t have that kind of coherent vision of limited government, and I see plenty of such incoherence in the Trump era. When I hear some conservatives today try to argue the 14th Amendment was only intended to grant citizenship to former slaves, I immediately recognize that’s the same disingenuous approach to the text of the Constitution that progressives employ when they say the 2nd Amendment is only about the National Guard.

By binding the Bill of Rights to the states, our Constitution then made many classical conservative policy goals impossible, from denying gay couples the equal protection of conjugal law to waging a war on drugs. It’s thus a jurisprudential contradiction to be both a right-to-bear-arms conservative that always opposes new gun laws and to be a law-and-order conservative that always supports the watering down of James Madison’s spider web of procedural friction on the state’s police powers.

It’s going to be tough defeating these two radical ballot measures that are coming our way. I suspect more Portland voters will be persuaded by a constitutionally consistent perspective than the same old kulturkampf. If we lose, however, perhaps the 14th Amendment’s incorporation of the 2nd Amendment will bulldoze over our state’s rights, and that will be a good thing.