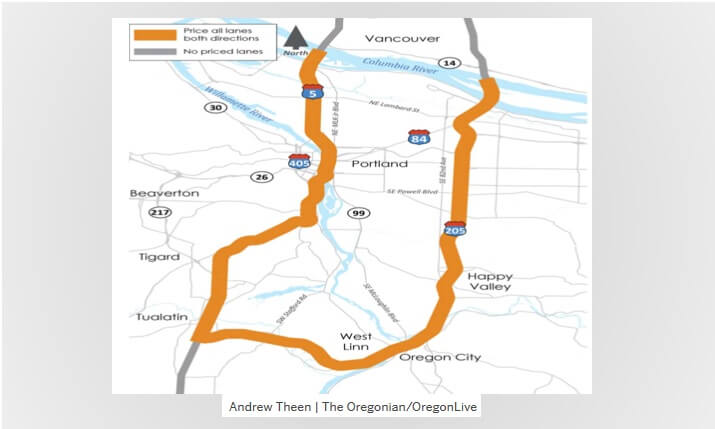 Yesterday, the Oregon Transportation Commission discussed (see Oregonian article, Portland Tribune article) the feasibility of tolling the highways of Interstate 5 and Interstate 205 with the projections of raising $300 million in additional tax revenue.

The Taxpayer Association of Oregon Foundation predicting this debate conducted an extensive mail survey of its supporters last month.   Over 400 people responded.

A full 88% rejected the idea of tolling existing high-traffic freeways as a tool to reduce traffic congestion.

Below is the question that was asked and the results.

Oregon lawmakers authorized the use of tolls on state roads in 2017. How should they proceed?
Should they toll High-Traffic Freeways: To reduce traffic by putting a price on faster commutes