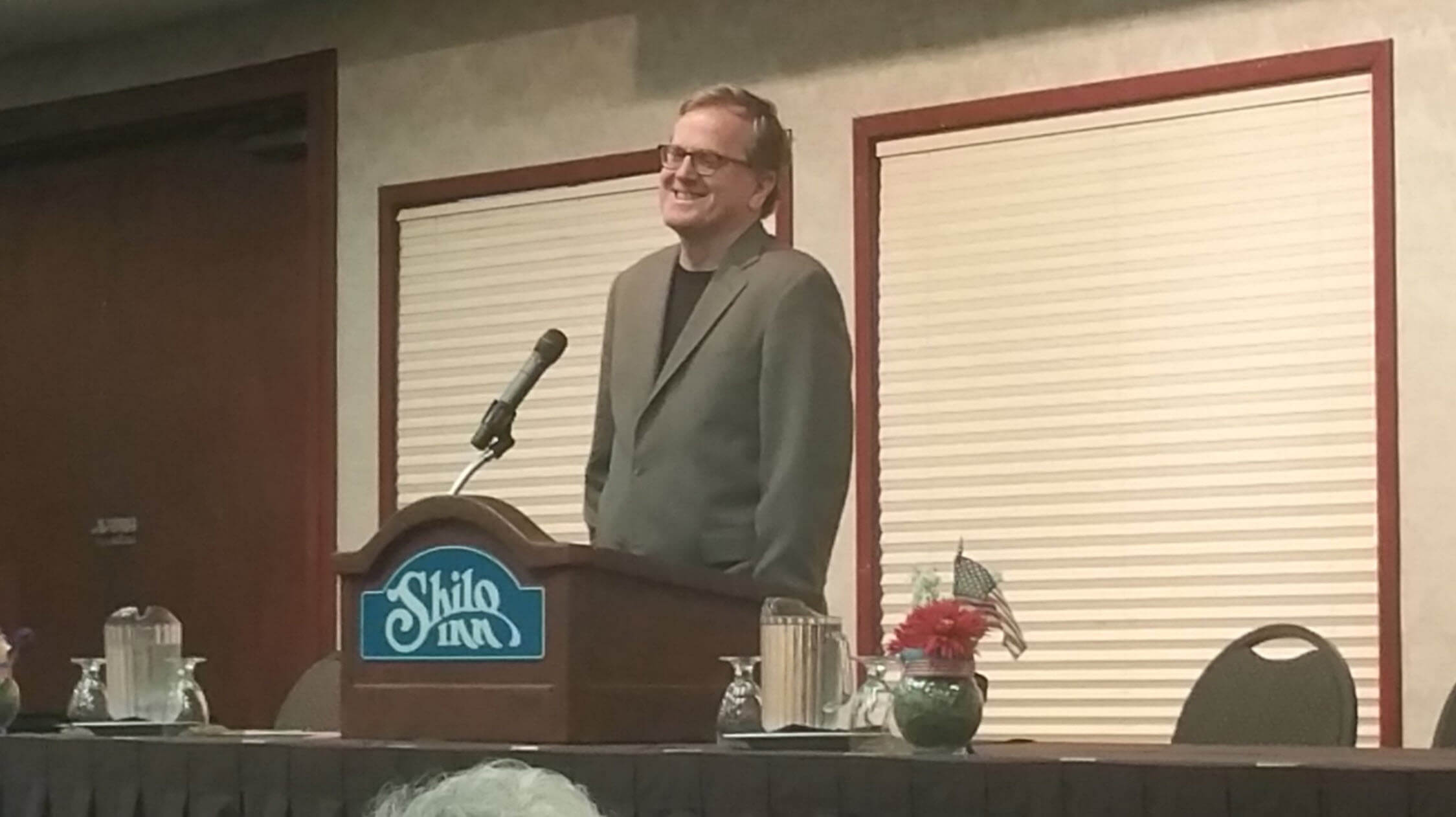 The disproportionate effect the Cascade Policy Institute has as a thought leader in Oregon was on display at this week’s Executive Club, the monthly gathering of the Taxpayer Association of Oregon. In a time of tribal group-think, there are very few people in this state with either the rhetorical skills or the temperament to get up in front of an audience predisposed to oppose one’s views and actually get that audience to think, but Cascade Policy Institute President John Charles stands out among the best who can. He made the case for congestion pricing to a room full of people who tend to think of tolling as just another tax to be turned-down.

Charles had to confront the perception that an open-access freeway system is free, but it’s not free. There are significant costs in time and fuel that congestion imposes on motor vehicle occupants, bartering to forego tolled pricing of lesser value. Of course the maintenance of our highways is not free either, but our state collects that revenue in fixed-cost payments when registering vehicles and indirectly from gas taxes, neither of which is a direct payment at the point of consumption. Though we have some element of user-pay financing, it’s not structured in a way that rations the efficient use of our freeways.

What we then have is something like a Soviet grocery store. The people with lots of time and the people with little time are both stuck in line together. Though it’s natural to react to a toll like the raising of a tax, it’s just a market-orientated reform that puts a price on congestion to guarantee a 45 mph rate of speed on our freeways, maximizing their throughput.

Charles has three conditions under which he’d support congestion pricing. First, 100% of the revenue must go to maintaining the roads. Second, vehicle registration fees are lowered accordingly. And third, there is no more ramp metering.

He could very well become an opponent of the dynamic pricing plan that the Oregon Transportation Commission ultimately comes up with, if it’s just an attempt to fleece automobiles to pay for other things, but in the meantime, Charles is committed to being a constructive participant in the HB2017 process. That’s what makes his organization so unique. In an effectively one-party state, where Republicans are mostly powerless to affect the lion’s share of policy choices in Oregon, John Charles can take his advocacy skills to even less friendly crowds than the Executive Club and get the other side to listen.