Two decades ago today the Russian economy descended into a rapidly acute economic collapse when it defaulted on its sovereign debt while simultaneously devaluing the Ruble. This caused one of the most extreme instances of stagflation in modern times.

The default triggered systemic bank failure. The primary reserve asset for Russian banks was Russian government bonds. Unlike the kinds of bank failures the United States has seen, the Russian financial sector thus had no assets to wind down over time. People’s cash holdings were permanently wiped out, leading to a shock in aggregate demand.

Rather than meet this contraction with market clearing prices, the devaluation gave the Russian people hyperinflation instead. Over the course of the next year, America partied in 1999. In contrast, Russia saw its consumer prices more than double despite widespread unemployment.

As their economy floundered, the Russians could only watch helplessly as the United States coerced and ultimately bombed what most Russians consider to be their closest ally. In many ways Serbia is to Russia what Israel is to us.

It was in this milieu that pro-western Boris Yeltsin was eventually forced to resign his presidency, handing the Kremlin over to his recently appointed prime minister Vladimir Putin. The only thing that has improved for the Russian economy since then has been the occasional rise in the price of oil and the expansion of natural gas export markets in Europe. Putin has of course taken credit for economic trends that are beyond his control, when the trend is positive. When things have moved in the wrong direction, he has been able to intimidate the Russian media into favorable coverage of how he has been making Russia great again. This involves a rich dose of nationalism, xenophobia, and geopolitical intrigue.

I have long been skeptical that Donald Trump is actually guilty of conspiring to receive material campaign contributions from the Russians. Though the way he behaves like a perp understandably makes a reasonable person wonder.

I’m concerned about a different form of collusion. To what degree does Putin stand as an inspiration, the leader of a global alt-right ideology that has been leading the West’s conservatives away from classical notions of liberty? To what extent has he changed the hearts of my Grand Old Party?

The signs of this disturbing influence deserve more attention than the latest rumors of the Mueller Investigation. For someone like me, who was first classically trained in free market economics at Hillsdale College, I was really freaked out when my alma mater’s influential publication Imprimis published a flowery profile of Putin. Listening to Steve Bannon describe the Trump phenomenon, it was created by the 2008 recession the same way that Putin was made by Russia’s in 1998.

Despite the hyperbole of the professional left, we won’t look like Russia on the 20th anniversary of our financial crisis. America is truly exceptional because we have a Madisonian design in our governing institutions that prevents the consolidation of power. Putin has never faced real opposition from his legislative branch. Nate Silver’s conservative methodology finds there to be a 74.6% chance Trump soon will. 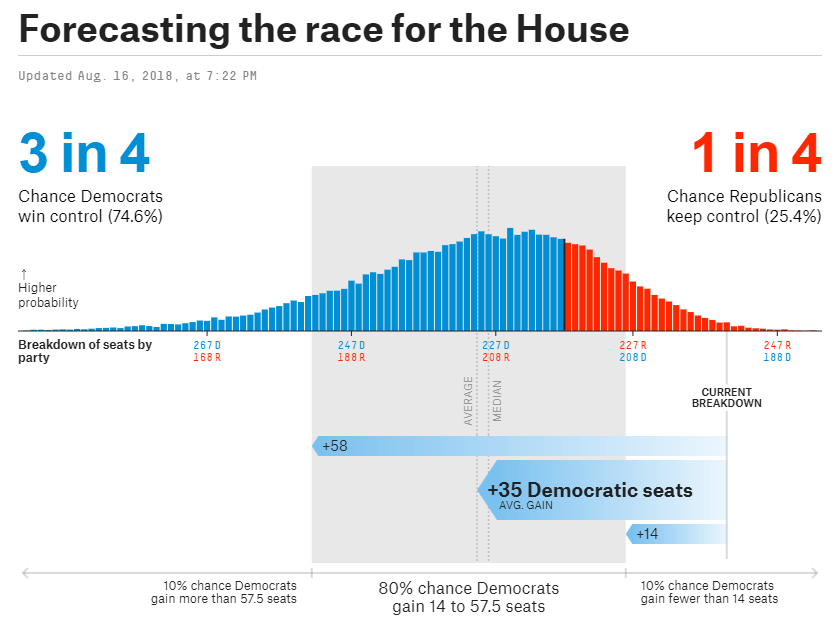 This nation of immigrants has so far been too dynamic to be stuck in the rut Russia has been for the last 20 years. Yet it’s also the case that we’ve seen some banana republic like behavior in this country over the past two years that has hitherto been unthinkable. Divided government is an underappreciated blessing that has helped keep America great.