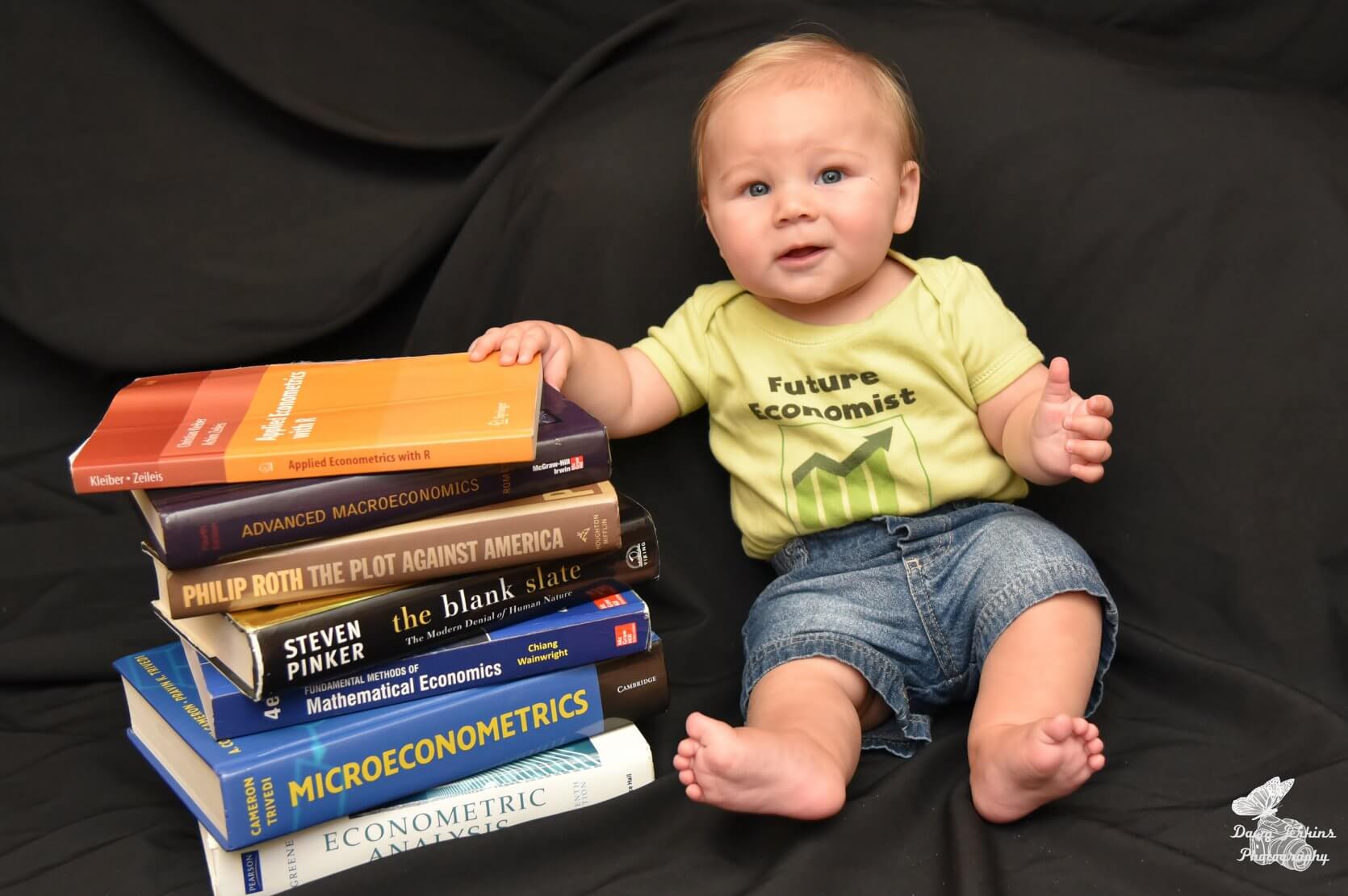 Three things have kept the issue of school choice on my mind this week. First, the Cascade Policy Institute put on an excellent panel discussion on Tuesday which you can view here.

Second, I began reading David Garrow’s exhaustive 1,472 page Rising Star: The Making of Barack Obama. An interesting fact that grabbed me was that the issue which first attracted Obama’s passion was education reform. In 1985, he was hired by the Developing Communities Project to network with local churches and organize the south shore of Chicago’s laid off steelworkers against the banks that had foreclosed on several mills. Obama quickly realized this was a lost cause, and his mission crept to other means of improving the economic development of these old, middle-class black neighborhoods. He turned his eyes toward K-12 education, and Obama’s first serious policy fight was to take on the Chicago public school system in 1987.

He lost. This loss convinced him that community organizing was a hopeless means of change. To take on powerful interests that hold black students behind, like teachers unions, Obama decided he had to take on the reigns of political power himself.

The rest of his political career would be marked by eloquent speeches calling for local control of schools followed by surrender to the interests of the education industrial complex that controlled his party. Obama ended up offering little tangible hope and change for America’s system of K-12 education, but the very fact this was his central policy vision in the 1980s when he was quite a radical left-winger speaks to how school choice, the most efficient means of delivering true local control of our schools, is a significant market-orientated reform that has promising potential for broad, mass appeal, cutting across the racial boundaries of today’s politics.

Third, I cannot help but think about what choices are available to my own son, pictured above, who just turned 6 months old. Actual school choices for Alexander are still years away, but I’m starting to plan ahead. In doing so, I think of the choices that my parents made. When the Estacada School District first taught me to read in the fall of 1980, Eagle Creek Elementary was my parents’ only real option. The nearest private school then was Damascus Christian School. That would have required a 20-mile daily commute, and my parents did not think they could afford to both pay taxes and tuition. Also, my parents saw little indication this new parochial school actually offered a better education.

By 1986 my parents’ calculations had begun to change. During those six years, Estacada’s economy collapsed with the bursting of the commodity price bubble by Paul Volker’s efforts to fight inflation. The price stability that we have enjoyed for the past three decades came at a high short-run cost that was behind both the shut down of logging in my hometown and Chicago’s steel mills. Back then, Oregon’s schools were entirely funded by local taxes, and the Estacada School District had insufficient funds to operate when I was in the 7th grade. My school had to close in the middle of the academic year; so I ended up watching the Iran-Contra Hearings on OPB instead of going to school. Another major event in the Shierman family’s life in the fall of 1986 was our becoming an American religious statistic, joining the mass migration from ethnically motivated mainline Protestant churches to the more theologically motivated evangelical churches. For us, that meant leaving the Lutheran Church for Good Shepherd Community Church.

Now suddenly, my parents had two reasons to prefer Damascus Christian School over Estacada Junior High. My local public school struggled to even keep its lights on, and our new evangelical faith prompted my parents’ desire to separate me from the secularizing influences of John Dewey’s pedagogy. The cost of the private school tuition then seemed worth it, and my parents were willing to make the financial sacrifices needed to make this choice possible. It, of course, helped that my father was not employed in the timber industry. He made less than Oregon’s median household income in the 1980s, but a stable income was better than what most of my friends’ parents had as the deep recession was later replaced by the ESA listing of the Spotted Owl. America would enjoy a Reagan recovery. Chicago did too, but Estacada didn’t.

I, however, demurred, finishing middle school with my local school district’s shoestring budget. My friends were in Estacada. My parents raised the stakes for high school, bribing me with a trip to Washington D.C. if I’d agree to enroll at Damascus. I truly embarked on a life as a political junkie when I sold out my friends for a trip to see our nation’s capital.

In the fall of 1988, I arrived on the campus of Damascus Christian School and suddenly encountered things I’d never see at a public school, even in a conservative community like Estacada. It wasn’t just the novelty of prayer in school. To my delight, I stepped into a highly politicized environment. Before Damascus, I had an interest in politics, but I didn’t have strongly formed partisan or policy views. So that summer I had weighed the merits of George H.W. Bush and Michael S. Dukakis without a rational basis to fully support either. At Damascus everyone had a clear basis to support Bush: Roe v Wade and the presidential role in appointing Supreme Court justices, but the biggest thing on [our parents’] ballots that everyone was talking about was Oregon’s Measure 8, the Oregon Citizens Alliance’s referendum to repeal Governor Neil Goldschmidt’s executive orders banning discrimination on the basis of sexual orientation in state agency hiring.

On the day of a major Yes on 8 rally in Salem, the school allowed its students to skip classes to attend. There I saw a scene that remains wedged into my formative memory. A contingent of counter-protesters was peacefully standing off to the side, but their very existence prompted some rather unchristian behavior from people on our side who hurled hate at people they called “faggots.” The counter-protesters responded by throwing condoms at us. No one from Damascus was a party to the shouting fest, but when I was struck in the forehead with a Trojan branded glob of latex, it was my baptism of fire into America’s Culture War. Measure 8 passed with 52.7% of the vote.

In the next election year, I was a junior at Damascus and a bona fide religious conservative. There were several ballot measures we liked: this year’s Measure 8 was an outright abortion ban. Measure 10 was a parental notification law, but the one we focused our efforts on was Steve Buckstein’s Measure 11, the school choice initiative. We waved his signs to morning commuters on HWY 212 before school; we waved them during lunch and after school. I don’t recall meeting Steve personally back in 1990, but my entire school volunteered in his coalition of school reformers.

With only 32.2% of the vote, that Yes on 11 campaign was soundly defeated, but it’s important to understand that it was more than just the public school lobby that defeated school choice in Oregon. The other side of the Culture War did too. If my parents were either unable or unwilling to pay my private school tuition, I would not likely have been consumed with Christian identity politics at the age of 16 or any other age thereafter. Had Measure 11 passed in 1990, we would likely have far more Oregonians today with a rigorous Biblical education as I had. There are people who see the secularization of a public school education as a good thing and oppose school choice for this very reason.

These people ought to be careful about what they wish for. Such secular humanists often profess a high value for education, but they have a hard time understanding why so many other people don’t. Such opponents of school choice might recognize me as a fellow intellectual, but they have no means of explaining why I like to read books but no one else whom I grew up with does, the fellow Generation Xers of Shady View Lane, an unmaintained gravel road in rural Clackamas County, one of many such neighborhoods filled with mobile homes and poor grammar.

None of these boys and girls I grew up with became progressives. They are still on the conservative side of America’s Culture War, but they are uninformed culture warriors. Emily Ekins recently published elaborate research for the Democracy Fund on how the worldview of Trump supporters who attend church regularly differs from their more secular counterparts. Some key findings were:

Perhaps regular readers of the Oregon Catalyst might recognize from my past writing how a religious upbringing has inoculated me against an irrational fear of foreigners. What today’s progressives need to realize is that many people who voted no on Measure 11 twenty-eight years ago had an irrational fear of religious education. While today I have a deep love of mathematics, formal reasoning, and empirical economics, my first love, intellectually, was Christian apologetics. That was my gateway into critical thinking. When one grows up questioning all the natural history museums, insisting that the Earth is only six thousand years old, such a person develops the habit of mind that does not accepts popular thought at face value. This isn’t the only means of becoming a truly independent thinker, but it’s one that worked for me. School choice is ultimately about giving people the freedom to find an education that works best for them.

Today, the Estacada School District has shut down Eagle Creek Elementary and the facility is being used by a homeschooling co-op. This kind of “micro school” is a new choice emerging for parents that my wife and I are currently looking into for our son. We like the independence of homeschooling but want to also ensure Alexander is fully socialized into interacting with large groups of people his age. The Cascade Policy Institute is currently working on an education savings account plan for Oregon that will help accelerate this kind of innovation. If the defenders of the status quo can be overcome, such a reform’s passage would likely be the greatest public policy achievement in my lifetime.