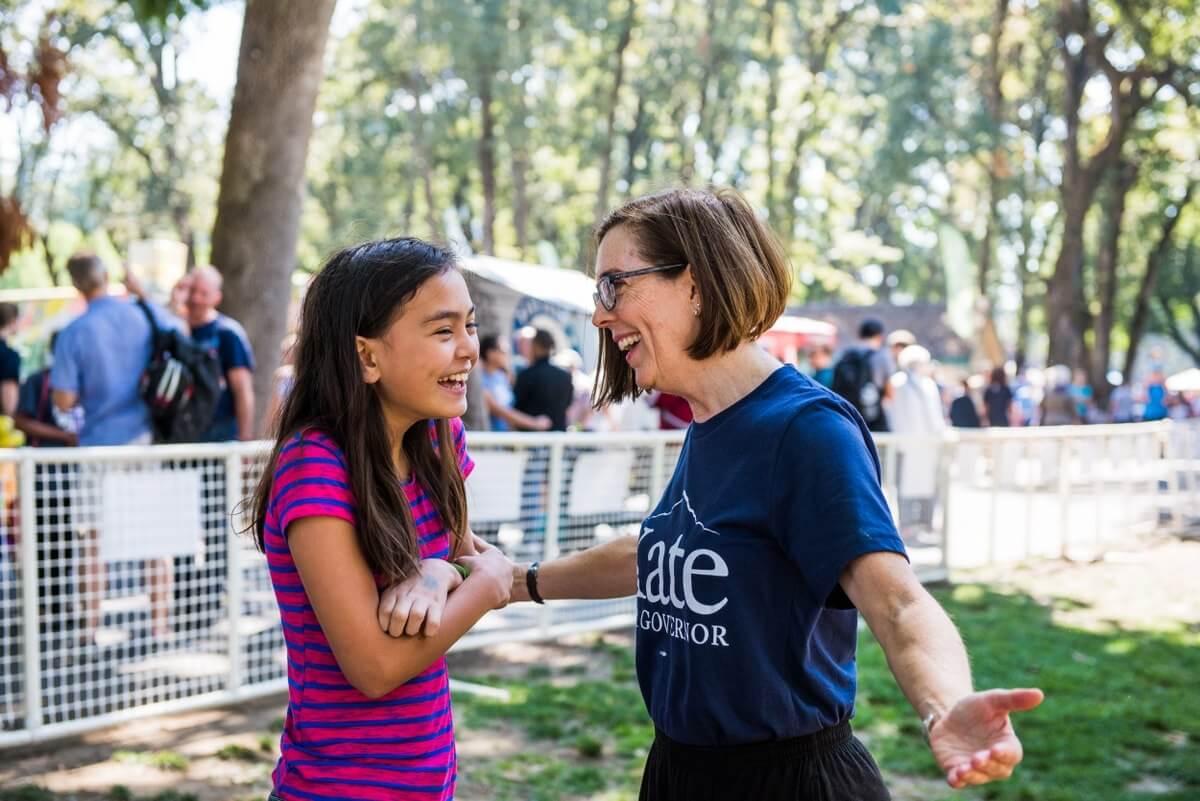 Representative Knute Buehler executed well in his second debate last night with Governor Kate Brown. He was disciplined, earnest, and moderate. Buehler effectively framed each segment into portraying what Brown has been unable to do and would then end his answers with a powerfully repetitive “I will.” You can watch that debate here:

This was a much better format for a debate than the first one, which was run by high school students. Since children these days expect their parents to fix everything in life, it’s only natural that they extend to the state a parental role. This paternalistic assumption was present in every question in that first debate.

In contrast, the second debate actually asked what each candidate would cut. Brown responded by talking about where she would expand spending. In Buehler’s rebuttal, he reminded viewers that the question was about cuts, and the governor refused to name one. That played very well into the Republican nominee’s strategy of portraying the governor as someone who refuses to make tough decisions.

There was, however, a topic that didn’t come up in the second debate: foster care. Perhaps that’s because there are so many other more pressing issues to cover, but I learned something watching the first debate where this did come up. A foster care student from Forest Grove named Viktoria Rosqvist opened up a major flaw in Brown’s record that I was previously unaware. Rosqvist asked a basic question about how each candidate would improve Oregon’s foster care services.

Brown’s answer was: “What a lot of people don’t know about me is that I used to practice law and that I represented parents and children in the foster care system. And what I saw was heartwrenching…” She then went on to talk about how this is an issue that keeps her up at night and she has worked hard to fix the problem by “bringing in new leadership in the department.” When Buehler reminded the audience of the results of the Secretary of State’s audit earlier this year, Brown’s response was that she has “been working in this system for over 20 years.”

Foster care may not be the leading policy area Oregonians think the most about, but this issue does seem to crystalize Brown’s failure in leadership. Here she is claiming that it’s been the central focus of her career, but the reality is that it was not even a governing priority until Secretary of State Bill Richardson exposed the problem. It’s only since then that she began to talk about our foster care system’s state of crisis. If she truly saw something “heartwrenching,” why didn’t she campaign on this in her past two elections?

And hey, wasn’t she once Secretary of State too? Why didn’t Brown use that expertise and her office to produce her own audit? From PERS to OHP, there are certainly more prominent crises in this state that Governor Brown has been whistling by, but the fact that it took an audit by Richardson to get her to act on something she claims to have vast professional knowledge of is probably the most salient exposure of her flaws.