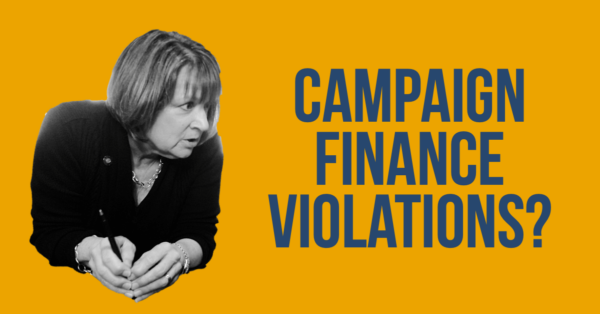 According to ORESTAR, “Oregon South Coast Voices” has not reported any expenditures as of October 23, 2018, even though this PAC has been running political ads in Oregon House District 9 for over a week. Furthermore, donations reported by other PACs to “Oregon South Coast Voices” have also not been reported in ORESTAR on time by exceeding the 7-day allowable reporting period, likely incurring multiple additional violations.

“Oregon South Coast Voices” PAC has paid for and published an online video advertisement that’s identical to the one paid for and run on television by the “Caddy McKeown for Representative” PAC – however, neither PAC has filed this as an in-kind contribution.  This would appear to be an attempt to conceal activity by “Oregon South Coast Voices” on behalf of “Caddy McKeown for Representative,” which would be a further violation of both the spirit and letter of Oregon’s campaign finance reporting laws.

“Caddy McKeown’s campaign has already spent half a million dollars that they’ve collected from special interests. Despite this, McKeown’s campaign still sees the need to skirt campaign finance laws in order to surreptitiously benefit from thousands of dollars of dark money contributed by her Portland political allies,” said Oregon Republican Chairman Bill Currier.  “This is a covert attempt to hide from the voters of House District 9 that Portland’s elite are trying to buy this seat.”

“Today we call on the Oregon Secretary of State’s Office to open a formal investigation into the PACs of Representative McKeown and the Portland-based ‘Oregon South Coast Voices.’  The voters of House District 9 deserve open and transparent campaigns.”

The details of the alleged violations can be found in the complaint and supporting documentation.

The Oregon Republican Party is the state’s arm of the Republican National Committee.