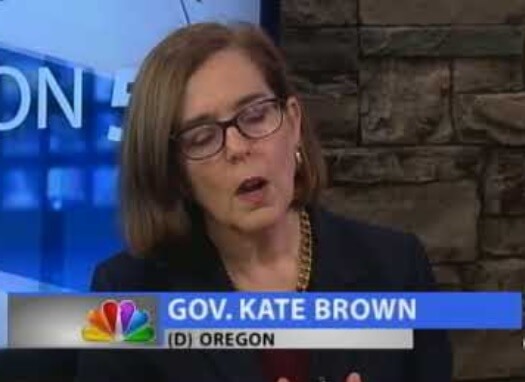 The national newspaper, the Washington Times, did a story entitled “Oregon governor changes tune about Indian gambling after campaign contributions.”

Here is an excerpt:

When Oregon Gov. Kate Brown opposed the idea of a small Indian casino for the Coquille Tribe in 2016, she told the Bureau of Indian Affairs that she believed it “essential that the state ‘hold the line’ in the number of casinos within her border.” The bowling alley in Medford near Interstate 5 that the Coquille wanted to use for electronic bingo machines could spell big trouble, Ms. Brown argued. “I believe the state should, as a matter of policy, resist the building of additional casinos because state support for even a single, modest, additional casino is likely to lead to significant efforts to expand gaming across Oregon to the detriment of the public welfare,” she declared in an April 2016 letter.Two years later, casino expansion no longer bothers the governor so much. Indeed, Ms. Brown’s administration has reached an agreement with the Cow Creek Tribe, which has poured at least $115,000 into her political war chest, to expand gambling in a kind of joint venture between Oregon and the Indians, records show.Ms. Brown took $5,000 of that money while visiting the Cow Creek’s Seven Feathers casino resort on a stay she billed to taxpayers four months before writing her letter. In the years since, her calendar is dotted with meetings and phone calls leading up to a nondisclosure agreement that the Oregon Lottery signed with the Cow Creek last March.