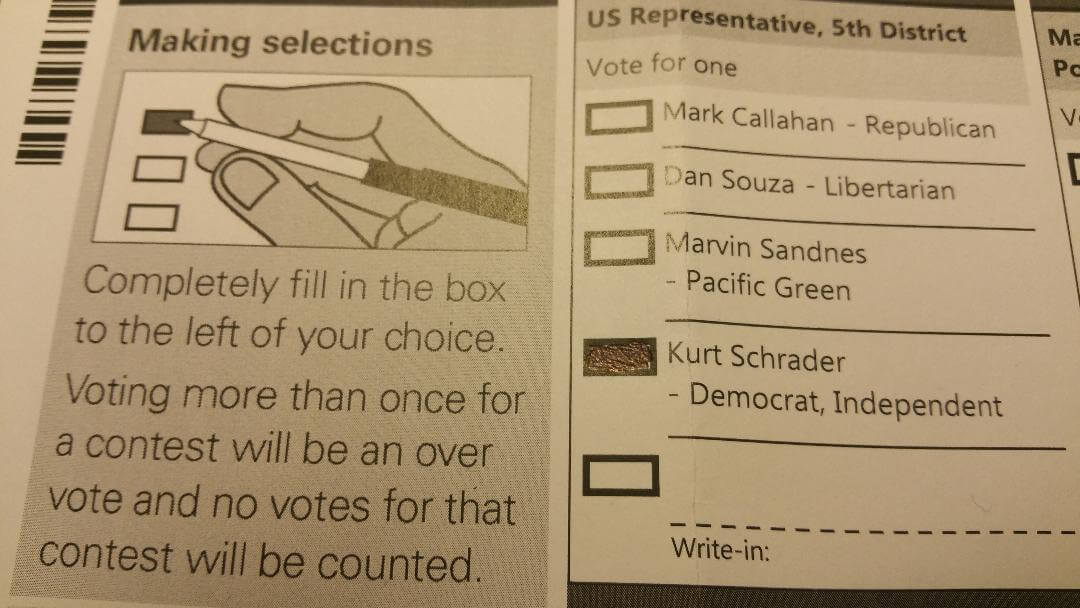 Many think our founding fathers missed an important insight in not anticipating political parties. I suggest those who fall prey to this conventional misunderstanding read James Madison’s Federalist No. 10. His 1787 essay advocating the ratification of our Constitution lives on as a lucid explanation of how our federal government is supposed to work: in the finest instantiation of the dictum “that government is best which governs least,” faction should balance competing faction so that the federal government can scarcely accomplish anything our politicians promise.

It’s those who think the concentration of power in one party’s hands is a means toward limiting the size and scope of government that truly miss an important insight. Our parties are nothing more than coalitions of factions that campaign on a narrative of the public good but govern in a way that grows government power to transfer benefits to their base at the broader public’s expense. If you want limited government vote for gridlock.

Neither the White House nor 2/3rds of the Senate are up for a vote next Tuesday. The place to arrest the abuse of federal power is by flipping the U.S. House of Representatives. Vote for structure, not party. Since I live in Oregon’s 5th Congressional District, voting for a Democrat for the first time in my life has been a relatively easy choice to make. Mark Callahan represents everything we shouldn’t want our Republican Party to be.

When I first heard this guy at an Executive Club candidate roundup for the 2014 Republican U.S. Senate primary, I wondered quietly to myself if he was being paid to split the conservative vote away from Jason Conger with an over-the-top caricature of low-brow conservatism. When confronted with the fact that he’d recently ran for Oregon House District 13 as the Green Party candidate, Callahan did reply that it was a strategic attempt to take votes away from the Democrat. He was either lying or he engages in that kind of thing. I suspect it’s the former because in that Eugene district the Democrat easily gets twice the number of votes as the Republican; so no informed person would expect a third-party candidacy to have a material effect.

Call me old-fashioned, but I don’t want unsuccessful people elected to public office. James Madison would have only expected gentlemen, men of means to be worthy of winning votes. I get the impression Callahan runs for office as a form of panhandling. He claims to have worked in the tech field, but his record of collecting food stamps is more documented than his marginal participation in our labor force.

The excuse Callahan gave Lars Larson for filing bankruptcy was that he didn’t have medical insurance when his appendix burst in 2012. I don’t find that to be a valid excuse. Not having health insurance does not absolve one of a moral duty to pay one’s medical bills. Why not make avoiding bankruptcy a priority over campaigning? In this election, his staff had to resign in protest over his behavior. What is Callahan’s excuse? It’s their fault! In his life of failure, Callahan never seems to admit when things are his fault. Perhaps that’s the problem.

Callahan has deceptively portrayed himself as a family man, putting an image of his former family on his campaign literature before being confronted with the fact that he’d divorced the woman in the picture. A vote for Mark Callahan would just be encouraging him to continue placing his quixotic quest for a government job ahead of providing for his daughters.

This all contrasts significantly with Kurt Schrader, a successful man who’s not exactly a left-wing wacko either. Having consistently voted against Nancy Pelosi in leadership votes, Schrader is a member of the Blue Dog Coalition, a club of moderates. He caught my eye back in 2012 when Schrader voted for Bowles Simpson prompting me to say nice things about him here six years ago on the pages of the Oregon Catalyst. A Democrat voting for entitlement reform stands to our President’s right on fiscal policy. Schrader also voted for the Korean Free Trade Agreement which places him to the right of our President on the issue of deregulating American freedom to purchase from whomever we choose. I suspect these votes put Schrader to the right of Callahan too, who strikes me as someone who would vote any way Trump tells him to vote. At least Schrader would stand as a free-market, limited-government check on the White House for the two most pressing economic issues we face today: the budget and trade.

For the Democrats reading my words here, the Madisonian vote has some important implications for you folks as well. You guys pan for Oregon state government to make a better difference in people’s lives. You’ve then got to be taken aback by Kate Brown’s abysmal track record of executing on that vision. How is it that we are taking in record tax revenue but struggle to fund basic public goods? How is it that she spent a career in the foster care system and was still just as surprised as the rest of us by the abuses happening under her watch?

Ultimately, the true answer to these questions is the mediocrity we get under one-party rule. In Knute Buhler, you’ve got an opportunity to improve Oregon’s government with some checks and balances while electing a moderate Republican. If you believe in government, then you want a Mark Hatfield for governor, not a lackey.  Oregon Republican primary voters haven’t given you a chance like this in a long time. Take it!

Together, let’s cast a Madisonian vote this year. Let’s vote for divided government.