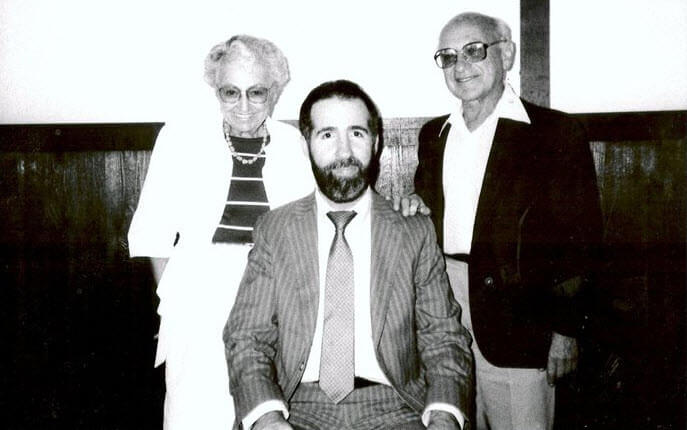 Today marks the end of the first week in fifty years that Steve Buckstein wasn’t advocating for liberty in Oregon. He’s retired. Not partially retired, not semi-retired, Buckstein has made a complete break with public life and moved to a quiet small town in rural Oregon. If you send him an email to his old Cascade address you will get this automatic reply:

It’s worth taking a moment to reflect on the consequential career of the man who founded the Cascade Policy Institute, the Beaver State’s premier free market public policy research organization. I recently asked Buckstein when his worldview first began to form. He told me, at the age of 21 in 1968, what was then the minimum legal age to vote, he read Milton Friedman’s Capitalism and Freedom.

As a junior majoring in physics at Oregon State, Buckstein registered as a Republican and voted for Richard Nixon, believing the GOP nominee would be more likely to adopt a laissez-faire approach to government than Hubert Humphrey. Buckstein’s membership in the Grand Old Party came to an end three years later when Nixon ended convertibility of the dollar into gold while imposing wage and price controls. As an MBA candidate at OSU’s business school, Buckstein got the Oregonian to publish a letter explaining why he was leaving the Republican Party.

A local investment broker read that letter and gave him a sales call, assuming (incorrectly) that he had money to invest and might be a good prospective client. Instead of opening an account, the broker offered Buckstein a job selling gold and gold stocks, which led to a nineteen-year career in finance.

It turned out be good timing. Buckstein’s first sales were at the nominal price of $40 per troy ounce. Those first customers of his that held their gold positions until 1980 enjoyed watching the price rise to $800.

But then the ideas of Milton Friedman intervened in Buckstein’s life a second time. In the same year that Buckstein read Capitalism and Freedom, Friedman was the president of the American Economic Association and delivered a presidential address at their annual conference that was so influential, the transcript of his speech was published in a peer-reviewed journal and became widely cited in the scholarly economic literature. Friedman explained why the Philips Curve had broken down and suggested a new means of modeling the relationship between inflation and unemployment, tracking the second derivative of the price level instead. By incorporating expectations into our modeling of inflation, Friedman first proposed the existence of what economic textbooks today call NAIRU, the non-accelerating inflation rate of unemployment. This revolutionized monetary theory and won Friedman the Nobel Prize in Economics eight years later. With these new analytic tools, an independent Federal Reserve could tame inflation by altering the expectations of economic agents. In 1980, Paul Volker put Friedman’s theory to practice. With the independence granted to him by Ronald Reagan, Volker’s Fed tamed inflation and sent the price of gold into a two-decade bear market. Of course, by the 1980s Buckstein was doing what all good brokers have done, offering his clients a broadly diverse asset allocation.

By the end of the 1980s, Friedman’s ideas changed Buckstein’s career path for a third time. Friedman was an influential and rigorous advocate of school choice, the idea that public funding of K-12 education should follow the student so that institutions must compete with each other to attract students. Buckstein began making plans to launch a citizen initiative to enact school choice in Oregon. He knew Friedman had married Rose Director, the former Portland native, and regularly traveled to Oregon. The Friedman’s loved Oregon’s annual Shakespeare Festival. In August 1989, Buckstein drove down to Ashland to meet with Friedman, securing an endorsement.

In 1990, Measure 11 was defeated, but the growing idea of school choice was not. Buckstein converted his Yes on 11 campaign infrastructure into a new think tank that would research school choice and other free market policy solutions. The Cascade Policy Institute was born. Without the work of Buckstein’s feisty organization, there would never have been the means to convince John Kitzhaber to sign rather than veto SB 100 in 1999, Oregon’s charter school law. Kitzhaber certainly didn’t do that out of political expediency. He bled political capital with that signature, and it took hard work to convince him it was the right thing to do. Twelve years later, during Kitzhaber’s third, non-consecutive term, Republicans no longer controlled the Oregon Senate. It was a former Cascade consultant serving in the Oregon legislature that brokered a deal that got the Democrat-controlled upper chamber to pass Oregon’s open enrollment law, allowing school choice among Oregon’s public schools.

I don’t know any other organization in this state that has such a proven record of convincing Oregon Democrats to turn their back on the lobbying of public employee unions and cast a vote for a free market policy. Steve Buckstein has earned his retirement.

It’s with some sadness that I write this, for in some ways Steve Buckstein has been to me what Milton Friedman was to him. Buckstein has had an influence on my thinking and inspired me to get involved in advocating better public policy, but just as there came a time when Friedman had to withdraw from public life, Buckstein’s time has come too. Though we will miss him, we can all appreciate the fact that the legacy of his work will live on.