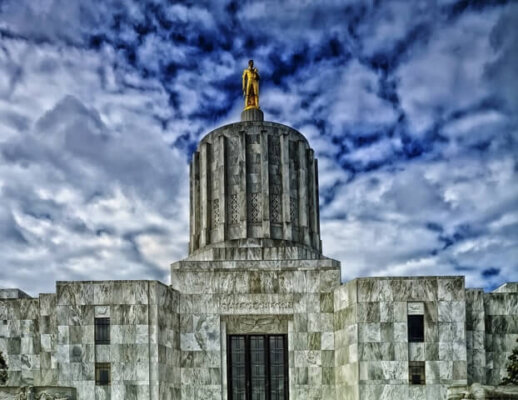 After last November’s election results here in Oregon, it’s no wonder that everyday, hardworking, right-leaning voters wonder why we can’t do a better job with candidates and campaigns on the “right side” of the aisle. The reasons are simpler than you might think. They used to be more complicated, but after 30 years of losses, it’s gotten pretty simple.

Oregon is a small state, and unfortunately after all the losses, we have almost no full-time consultants to run races. No one to craft messages, no one to produce TV spots, no one professional to “manage” races – almost no one.

Some do it intermittently between their “day jobs” in lobbying, lawyering or running graphic design businesses. Their political work can sometimes show the effects of this split attention, and in some cases, conflict of interest.

On the other side of the aisle, the left has lots of well paid, full-time talent, while we have almost no one left to do this important work.

And it doesn’t help that when we lose, these few are always the first to receive the blame. Donors naturally turn to out-of-state folks, who, needless to say, aren’t any smarter or better, they just haven’t had to lose in blue Oregon yet. After the 2018 cycle, we now have a whole new set of consultants to blame – both in and out of state.

Because Oregon IS blue.

No matter how we tell voters our point of view, no matter how we explain the numbers, and the corruption, and the mistakes, no matter who we run, no matter how bad or how incredibly pathetic the opponents are (think Margaret Doherty, Tiffany Mitchell, Courtney Neron, Rachel Prusak or, for that matter, Kate Brown) – despite all of it, this IS what voters WANT.

The majority of Oregon voters truly believe in very liberal values. And what’s even more important for us to comprehend: For many voters, that’s exactly why they moved here. They are blue enough, progressive enough, wacko leftist enough, committed Democrat enough to pack their bags, leave home, and move to Oregon to live among their comrades.

Vote counts are getting worse, not better. The blue wave is moving east into states like Montana and Arizona. The way things are going in Boise, pretty soon Idaho will be blue. The Trump election has probably hardened those numbers. Here in Oregon, NAVs swung left in some key districts – and they may stay there.

This hard reality in Oregon must be faced head on. There is already too much wasted discussion about whether we had the wrong message, wrong action plan, not enough ground game, too much money, too little money, or was it just the goatee?

This is not to say no one did anything wrong; plenty of mistakes were made. But any idiot knows the left simply has a better ground game. That’s what 30 years of winning grows for you: a massive union infrastructure and literally thousands of people in government/union-paid positions of power and influence.

We lost big. We lost so many seats because Oregon IS blue. And yes, we all get it – the east side of the state is scantily populated with deeply red voters – just not enough to win any election statewide.

Jack Roberts recently did a quick analysis of the last 10 gubernatorial elections. We’ve run five conservative Republicans and five moderate Republicans. The result: zero wins. On almost any standard issue of the day, such as environmental policy, social issues or health care, it doesn’t matter how you run – conservative or moderate. You will still lose.

And despite the 5 point-or-so depressing affect of Trump this cycle, Trump is not the problem. The problem is that Oregon voters are dyed-in-the-wool Ds. Their hatred of Trump is borderline deranged, but they would have acted the same way had Kasich or Rubio been president – they would have voted Democrat.

But enough about the problem. Let’s talk possible answers. Here’s a question: Is it possible that Knute Buehler was our Mitt Romney?

Maybe we need to be patient here. Maybe elected Republicans should commit to two years of radio silence – let the left go left, way left. Let them get sloppy with their big majority, because if allowed to, they will get sloppy. Let them ignore some key minorities in their own backyards. Let the taxes settle in on the voters.

Let the middle class, what’s left of it, begin to feel the full weight of their tax burden. After negotiating borderline corrupt exemptions for their friends/donors at NIKE and Intel, there’s just not enough money left in the state to fund the Democrats’ voracious tax appetite. The burden of all their virtue-signaling green laws and their climate change energy price increases will land squarely on the very voters who elected them. Fair’s fair.

That does make this a very good time to make a run for the border, if you are a business or a wealthy individual, or even a lucky PERS recipient who knows how to do math. Keep an eye on the exits – the lines might be starting to build.

But the strategy for those willing to stay behind (or unable to leave) should be: no negotiating, no bipartisanship on the horrible policies about to come our way. Let it burn.

The state and the conservative movement will be easier to fix from the ground up than to fix a half-burnt structure.

In 2013, Obama said of the vanishing middle class: “This is the defining issue of our times. This is the make or break moment for the middle class.” And then, of course, he proceeded to break the middle class to smithereens with his health care policy, his over-regulation on businesses and startups, and environmental policies that began the steady increase in energy prices. What followed was … well, his first name is Donald.

Issues like PERS or education or the government’s despicable record on foster care – they matter to us as conservatives. But do they matter to the rest of Oregonians? No. The vote counts prove that, beyond debate. Republicans will never have an opportunity to reform these policies until they stop insisting on running on them. They are governing issues, NOT campaign issues.

We may be right on PERS and on health care, and on all the economic issues. Capitalism is better than socialism. And individual liberty is far better than the groupthink of the left. But we won’t win elections because we are right on the political philosophy.

Eventually new leaders must focus on a few lower- to middle-class messages – find those pools of voters getting screwed, gettingpersonally screwed by the left.

Issues that are likely to directly impact and shape voters’ reactions in the coming years might be congestion, tolling, skyrocketing energy costs or senior health care costs. (Remember Wyden’s first U.S. House win with his army of Gray Panthers?)

Keep your eyes on Europe, specifically France, Germany, Italy and the UK, and on Brazil and Venezuela to our south. Examine the roots of the riots, the disruption, and the public disgust with both parties on key issues that affect the massive middle.

The Wall Street Journal recently wrote, “The rich aren’t rich enough to fund the labor state, and labor and wealth are too mobile. The real money is in the middle class – whose labor is far easier to tax especially if it’s disguised as a social ‘contribution.’”

Like Europe and our southern neighbors, we are about to begin to feel the effects of the left’s sharp move toward socialism. The only question is how long it will take our numbers to catch up to theirs, or how long before we respond like them.

Democrats are going to get sloppy with their big majority, just like they have in Europe, and they will start to inflict real pain on significant minority groups of voters on some deeply personal pocketbook issues.

Find those. Focus on those.