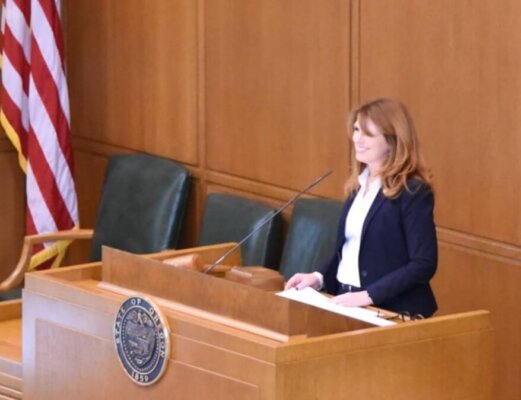 Capitol Update series: State Representative Christine Drazan made it a priority this year to find solutions to protect seniors form Oregon’s increasing tax rate which is driving some Oregon senior citizens from their home. The state and local taxes Oregon residents pay on real and personal property, net worth, and asset transfers ranks 17th in the nation, not the highest but certainly not the lowest either.

High property taxes can be especially daunting for senior citizens living on fixed incomes, so State Representative Christine Drazan sponsored legislation to alleviate that hardship for people 65 and older.

State Representative Christine Drazan sponsored House Bill 3392 which set a limit on taxes due on homesteads of seniors on fixed income equal to the total amount of property taxes due the preceding year. The limit would keep rising property taxes from affecting those seniors on fixed incomes. The limit would apply to only the first 10 acres on which the home is located and only to the portion of a multiple housing unit in which the qualifying senior resides. The property tax limit could be transferred to a new home every three years. Critics however see a different path as they consider property taxes are not high enough to fund the needs of government services. This is why the Session saw a handful of property tax increase proposals. The simultaneous call for higher and lower property taxes is bound to be a bigger debate in future Sessions.

Drazan also tried to ease the burden placed on working families by a new commercial activities tax by exempting “basic necessities” that people use every day, such as diapers, soap, tampons, toothpaste, and toilet paper.

The $2.8 billion tax already exempted groceries, and some large corporations don’t have to pay it, but it left working Oregonians with an extra tax on basic necessities.

House Bill 3446, cosponsored by Drazan, Republican Reps. Shelly Boshart Davis of Albany and Denyc Boles of Salem and others, would define “basic necessities” and exempt those items from the new tax.

However, fellow Representatives refused to pull the bill from the Revenue Committee, where it remained when the Legislature adjourned June 30. That’s also where House Bill 3392 floundered. Even though Session has ended, the question remains on how seniors can be protected from the tax increases and the cost of living expenses from such tax increases.