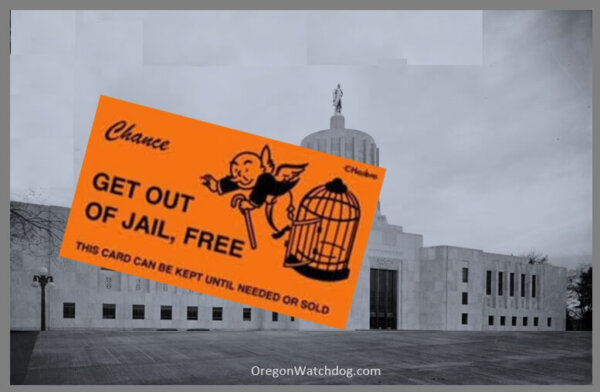 When Oregon state lawmakers were passing Senate Bill 1013 they promised that the bill would only give death penalty exemption relief to new cases. Oregon’s prosecutors and leading anti-crime voices said it wouldn’t.

It turns out that the politicians may have been wrong. According to a bombshell report from The Oregonian, Oregon’s solicitor general, Benjamin Gutman, has issued an opinion saying that the recently passed SB 1013 does indeed apply to current inmates on death row.

“State legislators this year made repeated assurances that a new law significantly limiting the death penalty in Oregon wouldn’t apply to death row cases returned to lower courts for retrial or new sentencing hearings. Now, a top lawyer with the Oregon Department of Justice has told prosecutors that the law does indeed affect those cases — and pending aggravated murder cases as well.”

This means that scores of Oregon’s very worst and most extreme criminals may be getting a free escape ticket on their voter-mandated capital punishment. The murder victim’s families, like the rest of us, will continue to be forced to have our taxpayer dollars used to keep these murders alive instead.

Despite two bills and endless promises, the leading opinion says current criminals can get a free pass on their voter-mandated punishment. The politicians either lied through their teeth to get these bills passed or they were so negligent and reckless that they had no complete idea on what they were passing and doing. Or maybe a little bit of both. This is a striking indictment because these bills address life and death issues.

Our politicians need to be held accountable for their untruths and their botched legislative record.