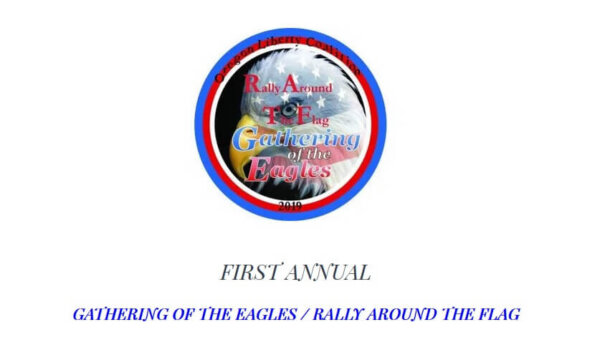 Tax deductible donations accepted in memory of Ames Curtright to pay for permanent infrastructure and expenses so the GOE/RATF and other liberty and faith-based events can be held annually.

For 10 years, “The Gathering Of The Eagles” near Salem has brought together grassroots activists, politicians, candidates and people of faith for grassroots training. Last year the Oregon Liberty Coalition’s “Rally Around the Flag” combined efforts with the “Gathering of the Eagles” event. Our goal is to make this facility and The Gathering of the Eagles – Rally Around the Flag event self-sustaining financially, inspirational and most importantly effective in bringing Oregon back to our founding principles.

This year’s event on October 12th has a three-fold purpose:
1. Celebrate the political and faith life of the late Dr. William “Ames” Curtright, co-founder of the event with his wife Dama Curtright.
2. Celebrate the Oregon Senate Republican’s 9-day walkout at the end of the legislative session that stopped the forced vaccinations, massive new gun restrictions and a rural economy destroying “Cap and Trade” tax scheme.
3. Build on the tremendous TimberUnity energy that resulted from this walkout by offering effective and targeted training of grassroots activists prior to the 2020 Legislative session and elections that will make a difference at the ballot box and holding Legislators accountable.

Leading activist leaders from Oregon, Washington, and Washington D.C. will provide you with training, information, and inspiration that will help you be successful as a limited-government activist in 2019 and 2020.

An array of experts, including current and former state legislators, will discuss issues likely to be central to Oregon’s next legislative session such as proposed “Cap-and-Trade” taxes.

Western Liberty Network will provide training on how to be an effective citizen lobbyist and how to correctly and quickly gather signatures on petitions.

Leaders from the national FreedomWorks office will offer training on the use of social media.

There will be more!

Gathering of the Eagles – Rally Around the Flag