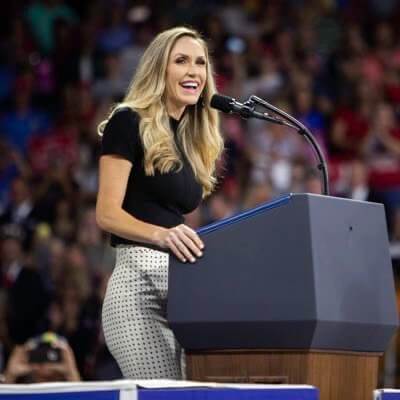 Oregon loggers are tapping into the same energy that propelled President Trump to victory in 2016. Across the country, workers are fed up with politicians who work against their interests, pursuing cosmopolitan policies on the backs of heartland industries. This President has given the formerly-forgotten men and women of America a voice, making sure that American workers are represented in Washington, D.C.

Oregon loggers found themselves in the crosshairs of the state legislature this year, as lawmakers moved to enact multiple bills that would have devastated the timber industry and put thousands of Oregonians out of work. HB 2020, a cap-and-trade proposal, would have dramatically increased the cost of fuel, disproportionately affecting rural residents, while HB 2656 would have roped off more than a million acres of forestland from loggers.

Both bills suffered stunning defeats in the Democrat-dominated legislature thanks to the efforts of the “#TimberUnity” coalition, one of the largest grassroots movements Oregon has ever seen.

The group’s show of force in Salem over the summer was nothing short of extraordinary, with more than 2,000 trucks assembling in the state capital to protest the cap-and-trade legislation. Oregon lawmakers noticed, reluctantly withdrawing the bill from consideration. President Trump noticed, too.

My father-in-law understands Timber Unity’s discontent and is fighting on their behalf. He knows that his mandate is to represent Americans who have been left behind by establishment politicians, just as Democrat lawmakers tried to do to Oregon loggers.

That’s why he invited Timber Unity organizers to the White House just days after the demonstrations. He wants the whole country to see what can happen when engaged citizens band together and stand up for their own interests.

Long before the demonstrations, President Trump had already taken action to help loggers across the country as they work to maintain our great American patrimony, our forests, while providing the raw materials to keep our economy going strong. Unlike liberal environmentalists, my father-in-law knows that loggers play a key role in keeping our forests healthy and making sure that disaster doesn’t strike.

In 2018, for instance, the President signed an executive order to improve forestry management by easing restrictions on logging in order to encourage “fuel reduction” activities that reduce the prevalence and severity of wildfires.

He knows that environmentalist overreach has been a disaster not only for American workers, but also for the environment itself. Just look at California, which has implemented some of the country’s most restrictive logging regulations, and now endures hellish fires year after year.

Trump 2020 Campaign Manager Brad Parscale and I will be attending a listening session with Timber Unity members this week to discuss the overregulation of the timber industry, and we’re excited to learn about additional steps the Trump administration can take to further reduce the regulatory burden on loggers.

Instead of scapegoating the logging industry, we have to harness the power of loggers to bring benefits to everyone. Timber Unity knows that the logging industry is essential to both Oregon’s economy and the entire country’s livelihood; President Trump provided the template for the group to mobilize supporters and prevail against establishment politicians in a state that is notoriously hostile to their interests.

President Trump’s 2016 campaign was one of the greatest grassroots victories in American history. Just as the Trump Campaign brought together tens of millions of Americans who were sick of the continued rot in Washington, D.C., Timber Unity rallied Oregonians to defend their livelihoods against overzealous lawmakers in Salem.

Timber Unity is a great example of what people are capable of achieving when they fight for a cause together, and the group’s successful fight against environmentalist excess in Oregon proves that the grassroots movement that sent President Trump to the White House in 2016 remains as vibrant as ever heading into the 2020 campaign season.