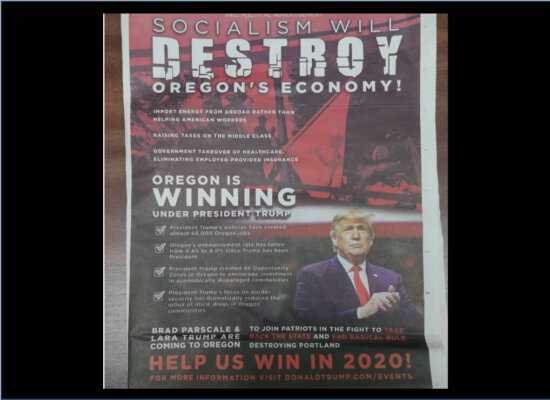 Election 2020 Campaign watch: It was surprising to see the first newspaper ad for a Presidential candidate in the state’s largest newspaper come from candidate Donald Trump instead of the dozen challengers.

The ad ran in the Sunday Oregonian November 17th edition.

Here are some of the advertisement selling points:

– Oregon’s unemployment rate has fallen from 4.4% to 4.0% since Trump has been President

What is your opinion on the campaign ad?

Is this ad effective?

When will the Democratic challengers issue their campaign ads?

The Taxpayer Association of Oregon will keep you updated on other ads as the appear during the 2020 election cycle: