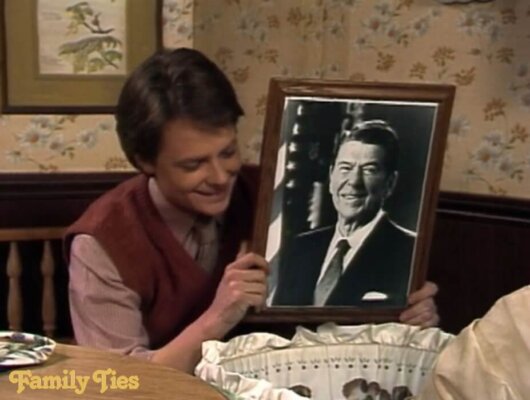 Alex P. Keaton, Where Are You?
By Jim Pasero
Oregon Transformation Newsletter,

A Wall Street Journal columnist recently pointed out that America hasn’t had a popular spokesman for the free market since Michael J. Fox played Alex P. Keaton on NBC’s 80s sitcom, “Family Ties.” On the hit show, Alex and his sister Mallory constantly explained market economics to their ex-hippie, quasi-socialist parents. The audience loved it. So did America. Somewhat ironically, Fox’s lectures wear the test of time better than the lectures on life and family values that now-disgraced cultural icon Bill Cosby delivered on “The Cosby Show.”

Our current popular culture still doesn’t have a proponent for free markets, economic growth and, to use a phrase Democrats particularly despise, American exceptionalism.

Worse, conservatives in our era seem incapable of defending our system or the wealth it has created. They shake their heads at the candidates in the Democrat presidential debates, especially Warren and Sanders, and whine about the “free stuff” these potential presidents are offering the voters. Whining about freebies does not make for a coherent economic philosophy, nor do much to persuade popular culture. Pointing at the television and gasping, “They’re offering more free stuff,” isn’t making much of an impression on the millennial generation burdened by a trillion dollar student loan debt. America’s defenders aren’t even playing defense, let alone offense.

So why can’t our era produce a Milton Friedman, capable of inspiring an Alex Keaton?

Has the lack of a popular spokesperson for free market economics in the last 30 years had an affect on the health and well-being of America?

New business creation in America in the last decade is down 30 percent, and perhaps not by coincidence this drop roughly correlates with the time period of the Obama presidency.

Joe Ricketts, founder of TD Ameritrade, wrote in the WSJ, “The share of new firms as a percentage of total firms today hovers around 8%, much lower than the average ‘business birthrate’ of 11% between 1980 and 2010.”

In an article called “Millions of Small Businesses Missing,” America’s Small Business Council weighs in on the problem: “We looked at an array of data and trends, and highlighted the fact that, when considering incorporated and unincorporated self-employed, and the number of employer firms, the U.S. is missing some 3.42 million businesses. And that number is probably a bit conservative.”

In a letter to the WSJ about Rickett’s oped, Lori Smith Freemire of Denver puts the argument succinctly and powerfully:

My husband started his seventh business three years ago so that he would no longer need employees; people’s work ethics are awful. I went back to a W-2 job three years ago, so we can have a decent health care insurance plan. Try getting a mortgage when you are self-employed.

On the subject of taxes, fees, expenses, paperwork, filings, insurance, President Trump has reduced many regulations, but there are still thousands that negatively affect the small business owner. Ask my brothers who still own businesses.

The entrepreneurial spirit and mind-set are there. The ease of starting a business 40 to 50 years ago is gone; Mr. Ricketts would never start his current business today. We do need to encourage the next generation to take risks, to be innovators, and to ultimately take the step into entrepreneurship because our society and economy rely on them.

Why is our attitude about business creation so different than it was 40 to 50 years ago, as Freemire suggests? If you need a bad guy, start with the curriculum being taught to America’s children in our public schools.

It should come as no surprise that achieving a 4.0 in this curriculum leads directly to economic decline.

There is no bigger indicator of American exceptionalism than our country’s ability to create wealth. At the end of the 1970s, the living standards of America and Europe were the same. But in the following 30 years, thanks to the economics that Alex Keaton defended every Thursday night to the nation, America grew at a full percentage point faster than Europe, creating a U.S. living standard a generation later 25 percent higher than Europe’s.

Business may not be the exact definition of the American soul, but innovation, risk taking, courage, and individual excellence are. Our country is lost without them.

Alex P. Keaton, where are you?