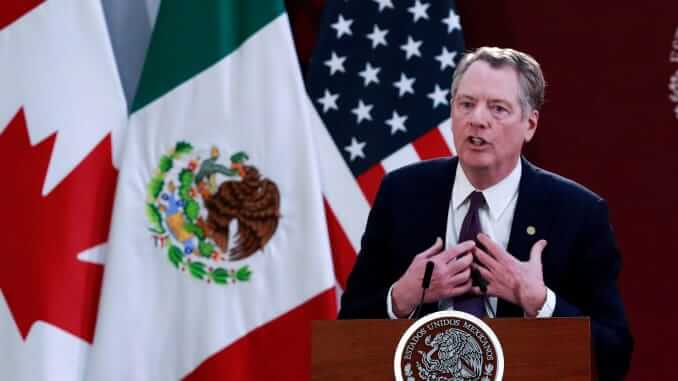 The best thing that can be said about the U.S.-Mexico-Canada trade agreement is that it keeps NAFTA mostly intact. With this rebranding, the left-wing tide of trade protectionism may be kept at bay for another generation in the likely event the USMCA clears the Senate next year, but at the margin, every Democratic senator will surely vote for the changes that have been made, which serve essentially as a model for socialist trade policy. You know something is a bad deal when organized labor is all for it.

This agreement was designed to raise the cost of labor in Mexico. I’ve already written about its ridiculous provision for a continental minimum wage for autoworkers. The USMCA adds a burdensome layer of content origin rules. And a labor law inspection regime will cost us $45 million a year monitoring Mexican factories. By raising the price of goods for all Americans, so that a handful of politically protected United Auto Workers might benefit, the USMCA is just another government wealth redistribution scheme. Maybe that’s the real reason why MAGA hats are colored red.

This agreement, what the CATO Institute’s Daniel Ikenson calls “the protectionist love child of the labor left and the nationalist right,” was not negotiated for the purpose of freeing up trade. The negotiators of the Reagan and G.H.W. Bush administrations left few trade barriers in North America to remove. NAFTA was negotiated by a bygone Republican Party that believed in free-market economics. That’s why NAFTA has been such a blessing to our economy for the past twenty-five years. If you think you’ve heard otherwise, what other progressive myths do you believe?

One Reagan Republican has already announced he will be voting against the USMCA. Pat Toomey penned an op-ed explaining his no vote in yesterday’s Wall Street Journal. If all the Republicans in the Senate voted the same way, that would be remarkable, but a belief in limited-government and free-market economics is increasingly a fringe position in today’s GOP.