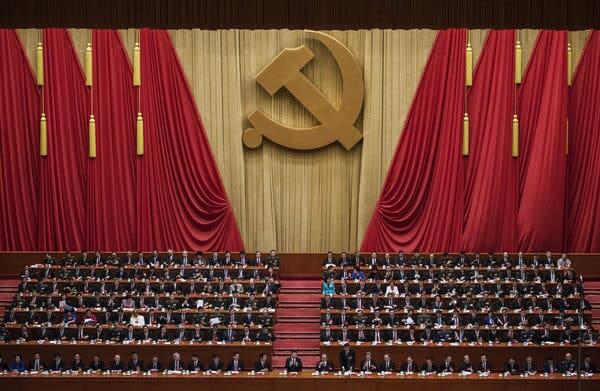 When faced with the reality that the three primary ideologies (classical conservatism, classical liberalism, and socialism) always collapse into a two-sided political culture, it’s often thought this is because we have a two-party system. That is a mistaken assumption. All political cultures tend to have two sides, regardless of the party structure.

In the system we have in the United States, a duopoly of two major political parties is what inevitably emerges from our single-member-district electoral structure. When only one person can represent a single geographical area, more ideologically pure third parties merely take votes away from their more centrist brethren which can only help elect an opponent from the opposite side of the political spectrum.

Nationally, these two centrist parties will have a diversity of ideological orientation within their own party when politicians from different regions are contrasted. For example, New England Republicans have been more liberal on civil rights issues than not only their own party members from other regions but Southern Democrats as well. Ultimately there is an average. In a two-party system, one party’s average worldview will lean closer to the dominant ideology of the time while the other party will be a coalition of the weaker two.

What about a multiparty system? You get effectively the same result. A broad array of small, extremist parties will get elected to office with proportional representation voting.

Unlike a single-member district, proportional representation votes are cast for a party on a national level, not for a person at the district level. The percentage of votes that a party gets will determine the percentage of seats allocated by party in the legislature. Each party decides who actually fills those seats, not voters. The two most prominent examples of this electoral structure are Italy and Israel.

After a multiparty state’s election, a coalition must be formed to pass legislation and, in the cases where the executive branch is parliamentary, a coalition is required to form a government. This need to form coalitions turns a multiparty state into two competing coalitions which will end up being a group of those various parties who lean closer to the dominant ideology verses a group of those various parties that lean closer to the two weaker ideologies.

What about a one-party state? Surely that isn’t a two-sided polity, right? Actually it tends to be. One-party states fall in-between two extremes where either a single man dominates a party to the point where there is no final authority beyond his charismatic command or a strong party that holds final authority over its leader. This is an important distinction because it’s common to assume “dictatorship” is synonymous with one-party rule. It is not.

This misconception blinded many people in the mid-1980s from seeing the sweeping ideological change that would soon emerge in the Soviet Union. After Stalin, the USSR was lead not by one man, but by a vast bureaucracy, literally a bureaucracy, the politburo, the political bureaucracy. China today is a one-party state, but Xi Jinping answers to a politburo.

When a one-party state has a strong party that appoints and oversees its leaders, a two-faction dichotomy will emerge within the party: the hardliners versus the reformers. The hardliners will be the ideology that has most recently been dominant. The reformers will be a coalition between the two other ideologies that have been marginalized.

The number of sides in a political culture is not dependent on its electoral structure. One-party, two-party, and multiparty systems are all two-sided political contests subject to the same forces of political geometry.