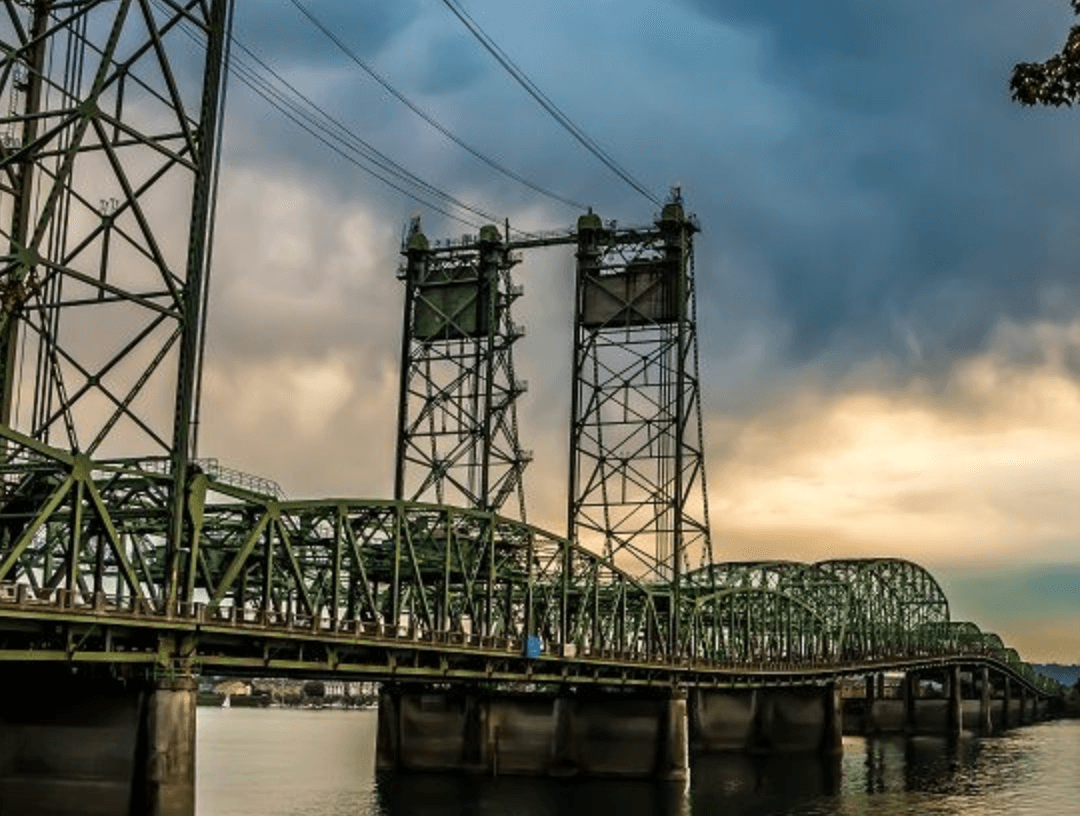 “It’s time to get this done!” Governor Kate Brown told the crowd at this year’s Oregon Leadership Summit, referring to a replacement for the Interstate 5 bridge over the Columbia River. The statement ended with an exclamation point, but it should have ended with a question mark. Despite the urgency, it’s not clear what the governor means by “this” or when “this” should be completed.

Last month Governor Brown met with Washington Governor Jay Inslee and inked a deal to begin the process of replacing the I-5 bridge connecting the two states. The two states have allocated $44 million to open an office for the I-5 bridge project. Governors Brown and Inslee hope to pick up some of the pieces of the Columbia River Crossing project that fell apart in 2013 after a dozen years of planning, costing taxpayers more than $200 million.

But what is “this” bridge replacement? Will there be more lanes than we have now, or fewer? Will lanes be set aside for buses or light rail? Will bicyclists and pedestrians get their own lane? These are all different ways of asking the same question: Will the replacement have more lanes for cars and trucks?

If the answer is “yes,” there will be more lanes to relieve traffic congestion, then the governor should push to get as much done as possible before her term is over. If the answer is “no,” there won’t be new through-lane capacity, then she should admit the project is an expensive no-growth policy and be upfront with Oregonians about it.

Since the beginning of the original CRC planning in 2001, the region’s population has grown by nearly 30%. Over that time congestion has worsened, commuting times have lengthened, and the bridge has become one of the worst freight bottlenecks in the country, according to the American Transportation Research Institute.

At this point there are no clear plans for how the I-5 bridge replacement will relieve pressure on this key pinch point. The current bridge has three northbound and three southbound lanes. At the time the CRC project imploded, there were no clear plans to add through lanes for cars and trucks—just added lanes for bikes, pedestrians, and public transit.

Opponents of the bridge replacement come from all sides. Environmentalists and active transportation advocates argue that relieving traffic congestion will trigger “induced demand” for travel that will make congestion worse and increase carbon emissions. Commuters and freight haulers complain the set-aside for bikes, pedestrians, and public transit is a wasteful use of lane capacity. Good government folks question spending billions of dollars on a project that would do little or nothing to relieve one of the nation’s worst traffic bottlenecks. Another group of good government folks—mostly from Washington and Clark counties—are clamoring for a third bridge that would allow Westsiders to avoid slogging through US Highway 26 and I-5 through Portland.

Opponents of the original CRC noted that improving traffic flows crossing the Columbia on I-5 would not solve any congestion problems. Instead, they argued, the new bridge would shift the bottleneck further south to the Rose Quarter. Things have changed, and that argument will soon lose its relevance.

In particular, the Oregon Department of Transportation is in the middle of a project to widen I-5 through the Rose Quarter. The addition of lane capacity alone will do much to relieve congestion in this choke point. But, there’s more.

Along with the addition of lane capacity, the legislature directed ODOT to experiment with congestion pricing along the improved stretch—an experiment supported by Governor Brown. The money raised from congestion pricing should be used to improve and expand roads for the people paying the tolls. If the governor doesn’t want to use the funds to expand highway capacity, she owes the people of Oregon a clear vision of where she thinks it should go.

Transportation is a crucial element of economic development. With transportation improvements, trade between regions increases. With easier commutes, employment opportunities open up. Increased trade and improved employment drive economic growth and prosperity. An I-5 replacement that does nothing to improve the flow of goods and people is a waste of money. A replacement that adds capacity and reduces congestion is an investment in shared prosperity for Oregon, Washington, and the West Coast.

Eric Fruits, Ph.D. is Vice President of Research at Cascade Policy Institute and an adjunct professor at Portland State University, where he teaches courses in urban economics and regulation. He can be reached at [email protected]