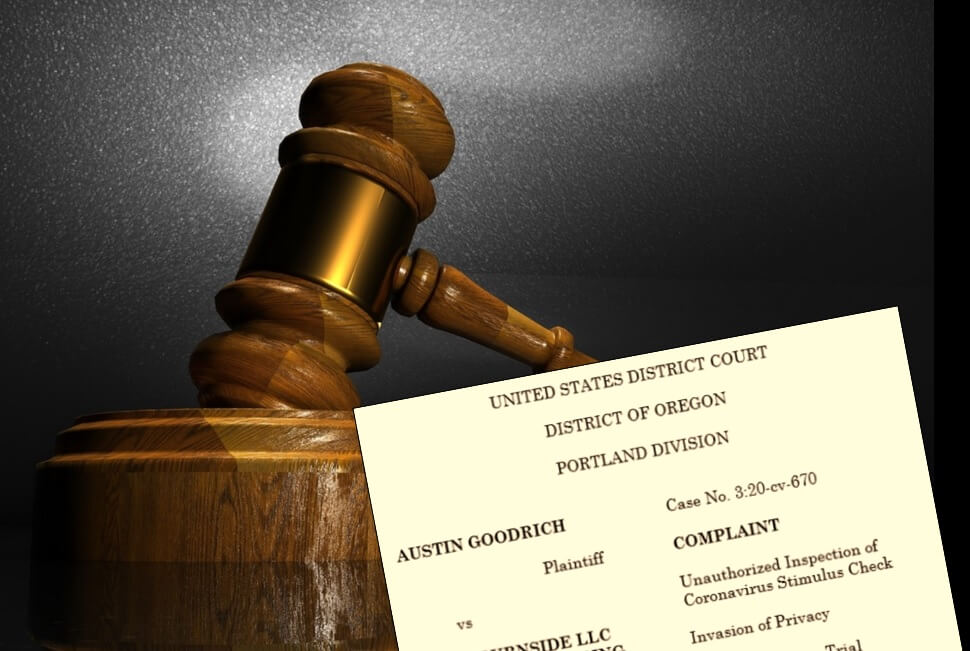 Forest grove tenant Austin Goodrich alleges in a federal lawsuit filed April 22 that his landlord used the IRS website to find out if Goodrich received his federal stimulus check. Goodrich is a member of the Cascadian Resistance, a far-left anti-capitalist, anarchist and pro-Communist organization according to the Post-Millennial website.

Goodrich accuses his property manager (TLC Bookkeeping and Tax Prep) of invading his privacy by using the IRS website illegally to check his stimulus check status to collect unpaid rent.

TLC Bookkeeping and Tax Prep is run by Goodrich’s grandmother.

Within hours of Goodrich’s receipt of his stimulus check, his grandmother texted him asking if he planned on using the money to pay his April rent. She told him she had used his Social Security number, and the numbers of other tenants, on the IRS “Get My Payment” website, to check whether their stimulus checks had arrived.    Please note: This is action by the landlord amounts to a big civil liberty privacy invasion on behalf of the landlord and should be a wake-up call to other landlords who seek to exploit their tenants using illegal means.

Goodrich filed the lawsuit after his landlord did not respond to his request to waive his past due rent, all rent due until the end of his lease June 30, return his deposit, and provide him an excellent reference.

It is important to note that Goodrich also cites the role the government plays in this debacle highlighting “the IRS’s failure to provide Americans with a secure system to check the status of stimulus payments.”  That also should be investigated.

The organization Goodrich is part of, Cascadian Resistance, took down their website after Andy Ngo (famous local reporter who was assaulted by Antifa last year) reported on their group’s controversial actions. In addition to beating reporters in public, Cascadian Resistance was instrumental in shutting down a student Republican event at Portland State University.

Now this Antifa-landlord case has made national news (Newsweek, Foxnews).