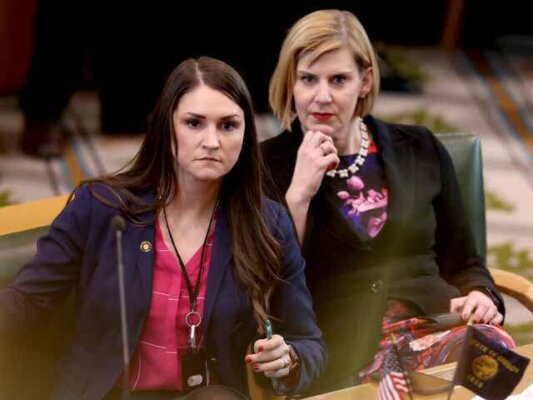 The Democratic primary for Secretary of State has now led to the exposure of two top Democrat lawmakers for their use of unethical campaign tactics. Former House Majority Leader and projected front runner to receive the democratic nomination, Jennifer Williamson (D-Portland), dropped out of the race early preceding an article from The Willamette Week detailing her unethical use of campaign funds throughout her time in House Democrat Leadership. Now, the candidate who sought to fill the void left by Williamson’s departure has found herself in unethical territory as well.

State Senator Shemia Fagan (D-East Portland) has been no stranger to the spotlight throughout her tenure in the Oregon Legislature. From leading the charge on the first statewide rent control bill to pushing legislation to allow 16-year-olds to vote, she’s had success in drawing headlines for the far-left agenda she touts in her bid to be Oregon’s next Secretary of State.

Yesterday, however, she earned herself some press coverage that even she would have likely preferred to avoid. Nigel Jaquiss, Oregon’s top investigative journalist with a long record of exposing scandal and corruption, published an article in the Willamette Week exposing Fagan’s campaign tactics that an opponent of hers has likened to Russian election interference strategies.

Jaquiss’s article covers a scathing letter written to Fagan by a former ally of hers, Rep. Alissa Keny-Guyer (D-Portland). The veteran lawmaker calls out Fagan for her involvement with “Oregonians for Ballot Access”, a pro-Fagan Political Action Committee and website funded by public-sector unions to prop up Fagan’s candidacy. All under the guise of supporting fair and equitable elections – an ironic and ethically questionable tactic.

Fagan defended the misleading website and admits to it being an asset to her campaign by listing its value as an in-kind contribution to her.

Keny-Guyer wasn’t the only public figure to cast dismay upon Fagan’s campaign operations. State Senator Mark Hass (D-Beaverton), who is also seeking the Democratic nomination for Secretary of State, blasted Fagan for “Misleading voters” and using “click fraud” in a manner similar to Russian attempts to meddle in American elections.

Terrebonne attorney, Jamie Mcleod-Skinner, who’s campaign for Secretary of State is refusing money from corporations, also raised concerns over Fagan’s coordination with the union-funded PAC as well. Mcleod-Skinner used the scenario to highlight the need for campaign finance reform in Oregon to increase transparency in our elections and limit the influence of money in politics.

Fagan’s campaign is a case study of the power a small quantity of wealthy donors can have over Oregon elections. Since entering the race on February 27th, she has received more than 80% of her $526,000 in total contributions from a small handful of public unions.

Many of the same groups and individuals supporting Fagan have previously cried foul of audits done by the late Secretary of State Dennis Richardson as too partisan. Now they seek to elect a lawmaker who touts a hyper-partisan record as her qualification to ensure integrity and equity for all Oregonians, regardless of their political leaning.

Everything about Fagan’s campaign from her entry, to campaign strategy, and support is a cabal of irony and power-hunger that should be feared by Oregonian’s yearning for transparency and equitable representation in our state government.

Oregon has seen enough abuse of power in recent decades. It cannot afford to have our watchdog office run by someone who is ethically challenged and turned into a partisan political weapon. That’s why Democrats in Oregon should examine their options for Secretary of State closely and place their trust in one of the candidates better suited for the position than Fagan.