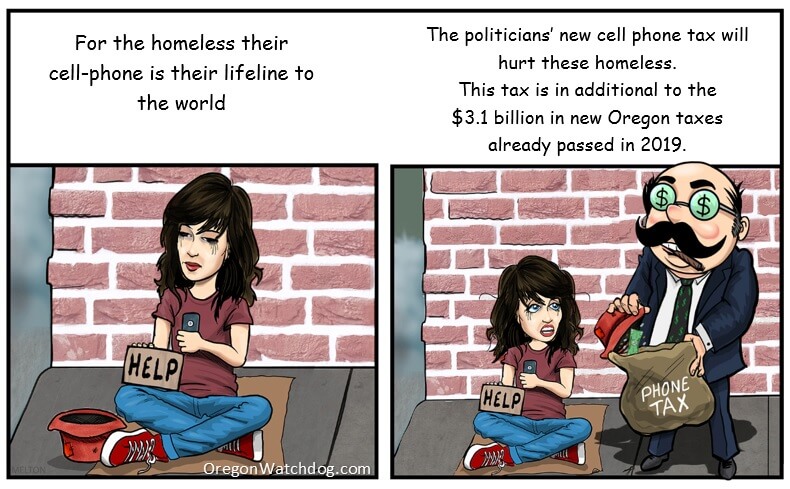 With just only one week notice the politicians called themselves into a special closed door Special Session. The coronavirus made it so lawmakers could close the doors and forbid the public from watching what was going on. The lack of Capitol staff meant that lawmakers were not answering their telephones.

A hasty telephone call-in for public testimony on nearly dozens of “draft” bills (with no official statements on what the bills would do, or how much they would cost) was set two days before Session.

Because of these virus limitations our lawmakers should have increased transparency and openness in other ways — instead they abused the process by ramming a brand new cell-phone tax (Sb 1603) down people’s throats.

The politicians said they needed the $5 million to pay for rural broadband — but kept secret the $67 million the federal government pledged for the exact same project.

The politicians wanted the cell-phone tax, no matter how small they claim, because they now can raise it higher and more often as much as they like down the road.

This passing taxes in the dark is a great abuse of power.