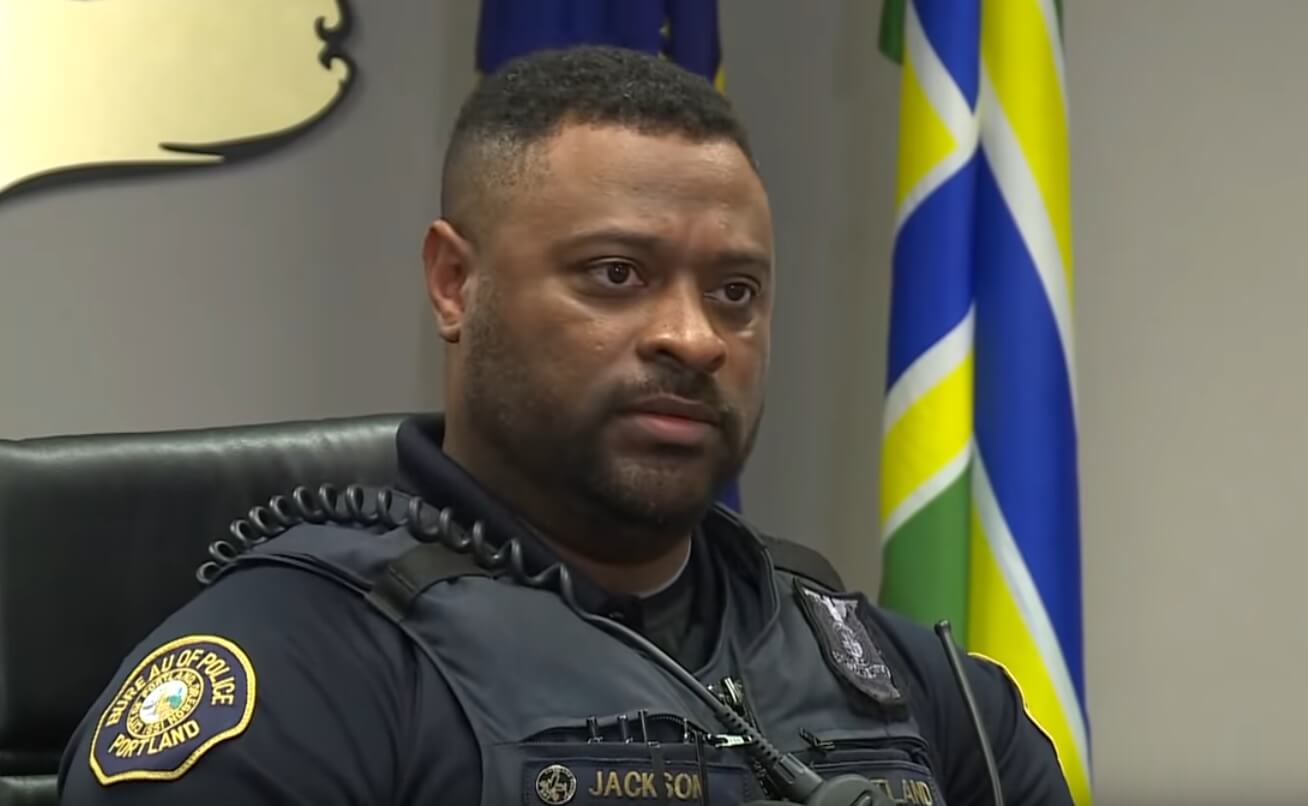 Please read the transcript below from Officer Jakhary Jackson taken from a  KGW-TV Interview:

Interviewer:
“You have been subjected to racial and hateful things. I have been just floored.  That is some of the things that people have not been seeing or hearing…Can you share about that experience?”

Officer:
“It says something when you are at a Black Lives protest and you have more minorities on the police side than you have in the crowd.  You have White people screaming at Black officers. Saying, ‘you have the biggest nose I have ever seen’  You hear these things and you say are these people going to say something to this person. No. That is one example.  Having people tell you what to do with your life, you need to quit your job, you’re hurting your community — but they are not even part of the community. You as a privileged white person telling someone of color what to do with his life.  You don’t even know what I have dealt with. These white officers you are screaming at.  You don’t know them. You don’t anything about them.

What are some of those interactions [at the riots] that you remember?

A lot of times someone of color, Black, Hispanic, Asian, comes up to the fence and directly want to talk to me. “Hey, what do you think about George Floyd, what do you think about what happened about this?” I go up to the fence, someone White [person] comes up and says, “‘ F’ the police, don’t talk to him.” That was the most bazaar thing, because I could see it happening, I could see it coming.  I even had a young African American girl tell me “Why aren’t you guys talking to us?” I said, “Honestly, this is now the 23rd day of doing it. Every time I try to have a conversation with someone who looks like me,  a White [guy] comes up and blocks them and tells them not to talk.” Then right when I said that, this White girl popped right in front of her. She said, “He just said that was going to happen.” I said, “I Told you!” She looked at the girl and said, “Why did you do that?”

I straight up said, I’ve been called the “N word”, she’s been called the “N word”. Why are you talking to me this way? Why do you feel that she can’t speak for herself to me? Why is it that you feel you need to speak for her when we’re having a conversation?” She couldn’t answer my question. All she said was, “Someone told me to do it”. So, that has been a very strange thing to watch.

I’m cool with people feeling like they want to help a movement, but then when you go to a gentrified community and one of the first pictures I saw, one of the businesses that was looted was a Black owned business. I’m like they aren’t even from here. They don’t even know what they are even doing. So, that to me was very angering. Watching a business that was looted. That business was across the street from a Safeway where, before my father became a police officer here in Portland, he worked security at that Safeway. Talk about history and roots. These folks don’t even know what they are doing. So it’s divisive. It’s hurting the community. I saw that press conference. Clearly the community was not happy with that. They even asked for the violence to stop, and they still are coming out and doing these – having these violent interactions with other citizens, the police.

At some point you just go what is the angle? Bloody Sunday, Selma. Those folks marched because they wanted the right to vote. They legitimately were beaten in the street for Civil Rights. To have rights that they were told they couldn’t have because they were not even human. And then having folks scream and yell that they are having “peaceful protests” because you’re not peaceful because it is violent. I actually had a cousin who went to one of the marches and he left. He said this has turned into something else. This is weird. So having an African American male marching and then leaving… Like I said, it’s been very eye-opening.

But I did have great conversations. I met two young brothers who, (after I had taken an explosive, I’d been hit with a full beer can, a rock in my chest, and a frozen water bottle had hit me) were out cleaning up the street. They had two garbage bags and were cleaning up. A few of us from my team went over. We had to shake their hands. I was so moved by them and so impressed. They said, “You know, we’re from here. This is our city. I don’t understand why people are coming here and destroying it. We want to show…we want to clean it up.”

What was it like in that capacity during the first few weeks when the fence was up around the Justice Center?

I’ll say this, I got to see folks that really do want change like the rest of us; that have been impacted by racism, and then I got to see those people get faded out. By people that had no idea what racism is all about. Never experienced racism. They don’t even know that the tactics that they are using are the same tactics that were used against my people. And they don’t even know the history, they don’t know what they are saying. Coming from someone who graduated from PSU with a history degree, it’s actually frightening on how you know they say if you don’t know your history you repeat it. Watching people do that to other people just because of what they decided to do with their life.