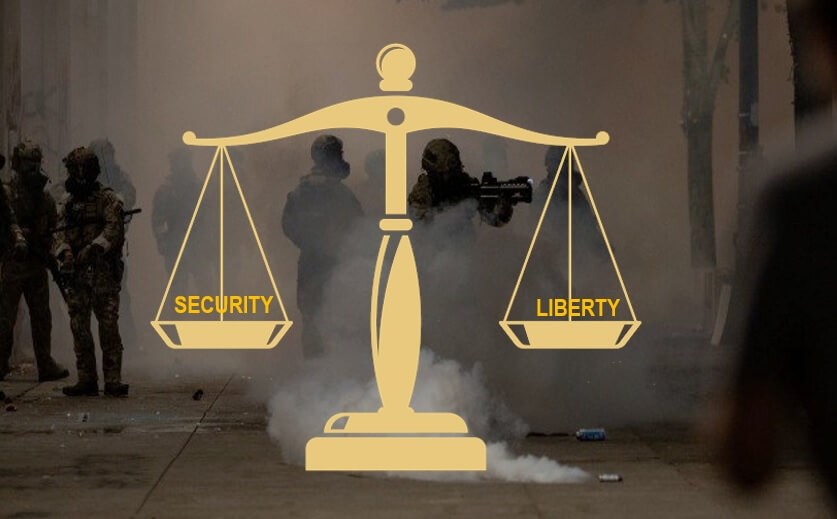 A lot of time has been spent talking about the wrong tactics of protestors, but during such times we also must self-reflect on the tactics of law enforcement.

The Attorney General and other politicians have criticized police during the riot control of using unmarked vehicles to make surprise arrests.  These vehicles are used to quickly transport suspects to an area where they can be investigated.  Nancy Pelosi said they are used to “kidnap protesters.”

Another aspect of the Attorney General complaint was that one suspect said he was not given the reason for his arrest.

Cluttering this important debate is the fact that politicians have accused police of using unidentified uniforms.  A DHS press conference explains that federal officers are identified by “police”, by agency and by a unique identifier code (as seen below).  This open debate question is not about uniforms but about unmarked cars and how interrogations are being made in Portland. 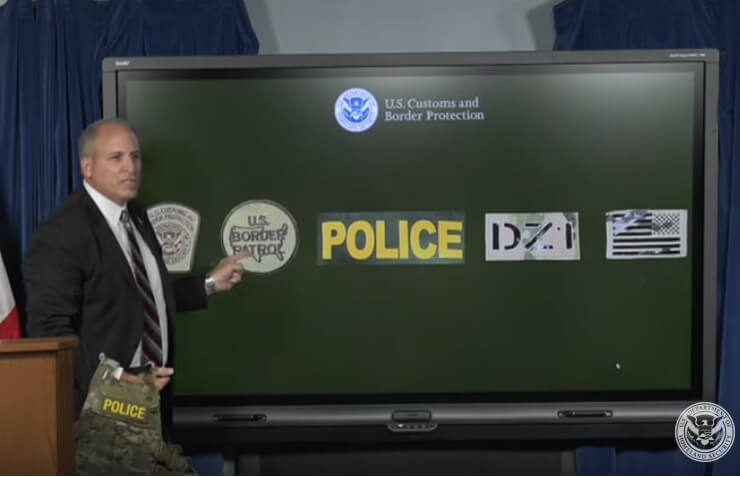 Protestors say: It is a civil liberty violation to use unmarked cars and to make interrogations without providing the reason for the detainment questioning.  The Attorney General adds no warrant was given for the temporary questioning.  The Ag says these arrests violate the First, Fourth and Fifth Amendment.

Law enforcement says: Marked police vehicles are singled out for destruction making it impossible to use marked cars.   They said the riot situation is “dangerous and volatile” and requires adapting to ways that keep both law enforcement and protestors safe while allowing police to get close to suspects engaging in violence.

What do you say?

What is the balance between security and liberty?