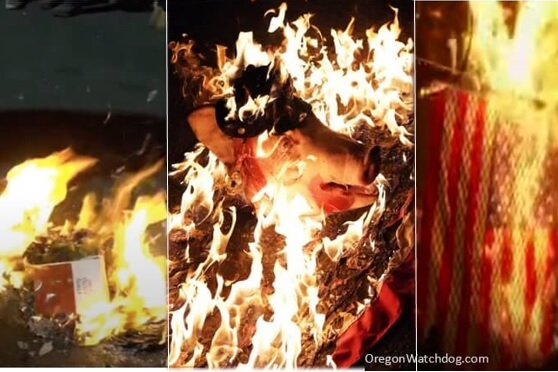 The Portland protests and riots made more national news in the past week for the various things they started burning.

Then local KOIN-TV reported the burning of a stack of bibles as bonfire fodder.  This incident was Tweeted by Don Trump Jr.

It was also noted that to keep the bonfire going, plywood used to protect the windows of the Federal Courthouse, was also used as fuel for the fire.