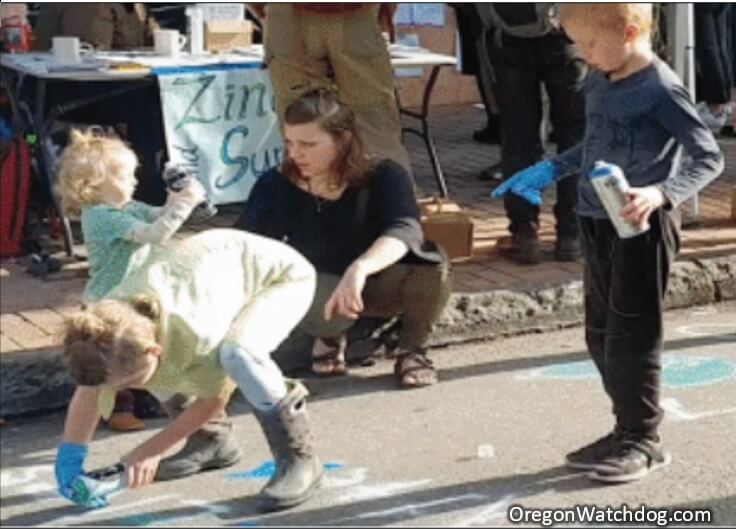 There are children who show up the nightly riots in Portland and also at the Seattle Capitol Hill Autonomous Zone when it was operating.

Above photo: At Seattle’s Capitol Hill Autonomous Zone, this summer, I witnessed a parent teach her children how to vandalize a public sidewalk with spray paint.  The crowd around them applauded the effort. 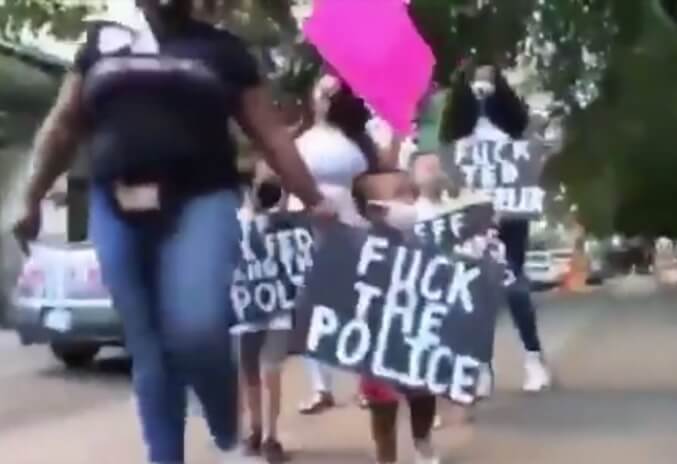 I am gravely concerned when children are misused to make obscene gestures or break the law.