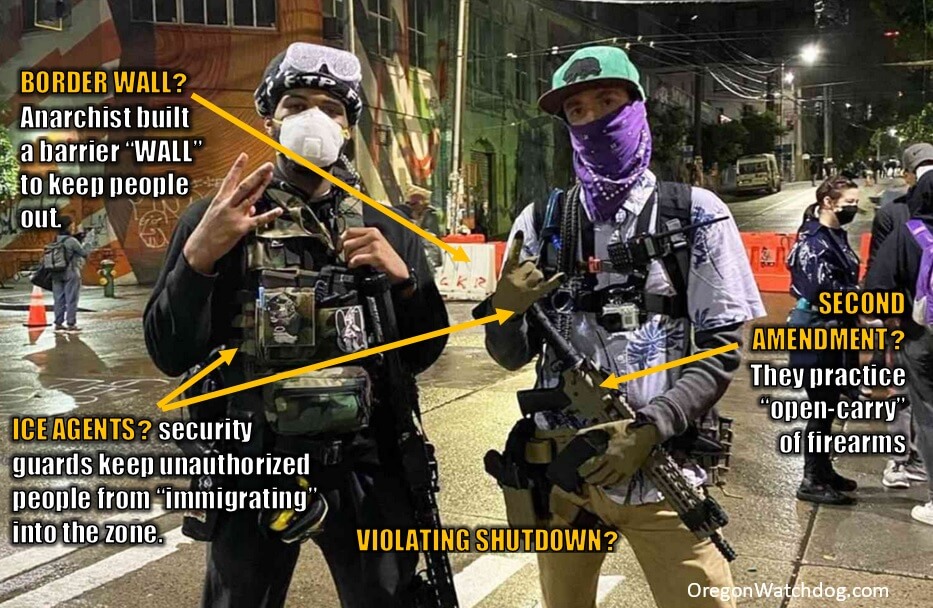 As the photo shows, they have erected border wall barriers to keep people out (Like America’s border wall), have patrols keeping people out who wish to immigrate into the area (like ICE agents), openly carry firearms (like open-carry states) and violate the government shutdown rules.  Many of these ideas Antifa has openly revolted against and now are doing the same thing.

How many other laws would liberals embrace if it was up to them?