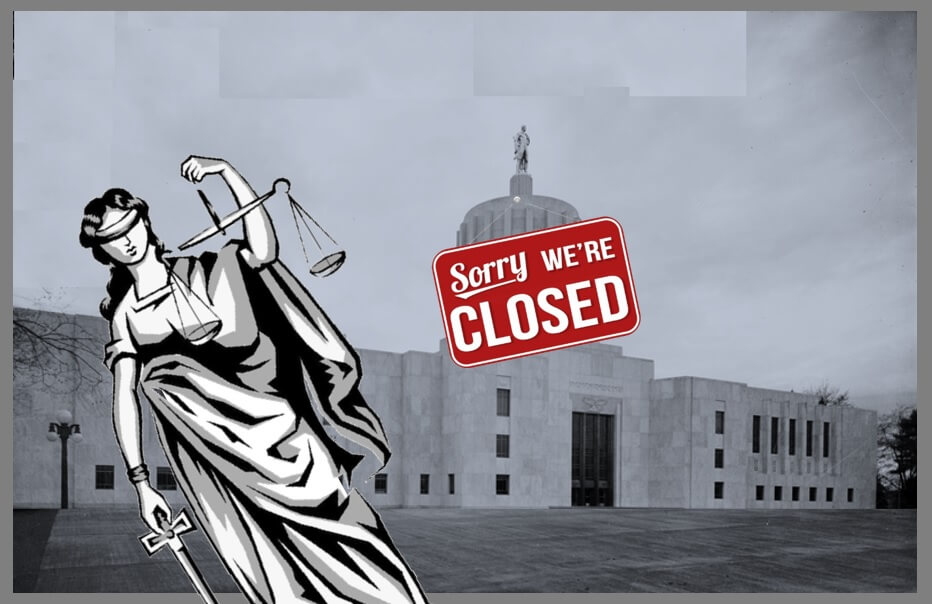 We are all too familiar with the senseless violence happening on the streets of Portland each night. I commend the local police, Oregon State Police and Federal Agents who have done their best to protect property and people, given the political handcuffs they must wear. It takes men and women of real character to face adversity and chaos night after night, knowing the work of keeping the peace is a dangerous job, being also despised by some.

Currently, there is another kind of violence occurring in Salem, 50 miles south of Portland. It is not the kind of violence with rocks, fire, lasers or graffiti, however this violence is just as destructive to our way of life. In the last two years, the Democrat-led legislature has passed highly controversial bills — bills that Oregonians voted against. While controversial bills are nothing new, the strong-arm process in which these bills move through the State Capitol is alarming.

Our state’s legislative system is designed to be methodical, open and transparent. It is actually hard work to pass a bill into law, as the process should be. A bill is introduced by a legislator, discussed in committee, amended, passed out of committee and then debated and voted on the chamber floor. The process repeats itself all over again in the other chamber. Finally, when a bill is passed by both the House & Senate, it is signed by the Governor. This can often take several weeks or months. At any point along the way a bill may lose the support necessary to get to the next step. The design of this slow and deliberate process has two main purposes. First, it gives the public the ability to understand what is being discussed and to get involved by directly testifying in person during a public hearing, or by contacting their legislators with their support or opposition. Second, this process protects the minority opinion, giving it a real voice — a voice which can often spawn amendments to improve the bill, or conversely may stop the bill outright.

Controversial bills will garner the attention of Oregonians who wish to give their opinion during a public hearing. The practice of limiting testimony to two or three minutes in committee, which has become all too common, is wrong. People from my district, 200-300 miles away, will spend 5-6 hours driving to Salem in order to express their opinion on a bill that will directly impact their business or way of life — and they are only given 180 seconds to speak. This is not a process that rightly hears the people’s concerns. Rather it’s merely going through the motions, checking a box. If a committee chair plans on hearing a controversial bill, that chair should plan the committee’s schedule accordingly to hear everyone’s full testimony. Extremely short time limits discourage the public from being involved, and does great damage to the very idea of a “public hearing”.

Furthermore, given the State of Emergency and Executive Orders we are currently under (which I oppose), the special legislative session held this past June was closed to the public — the public was not allowed into the Capitol. The legislature was open for business, but closed to the public. Public testimony was not allowed in person, only through remote kiosks outside on the Capitol steps. This limited testimony was demeaning as people were reduced to a tiny square on a screen. Drastic changes to public testimony has cut off a key component of the legislative process — effective and direct public input with legislators.

August featured a one-day, 15-hour marathon special session. This time no public input was allowed. None. Think about this for a moment. No direct public input was allowed on budgets or bills. The majority party has been abusing the legislative process over the past few years: Dropping complicated 100+ page major bill amendments at the 11th hour, not giving the public, or legislators time to read, analyze and properly understand proposed changes.; moving bills from one committee, which has expertise to discuss a bill, to a committee with no such expertise in order to obfuscate knowledgeable opposition.

Now there is talk of a third special session in September. The trend of limiting, and even blocking, public input is not good government. The silent violence happening to our legislative process, where minority points of view are not given proper time to organize and speak out, tears apart the fabric of our government of, by and for the people. The process matters, as it protects the people from the overbearing power of its government. This assault to our legislative process should be concerning to every Oregonian who deserves to be heard and desires to live free.