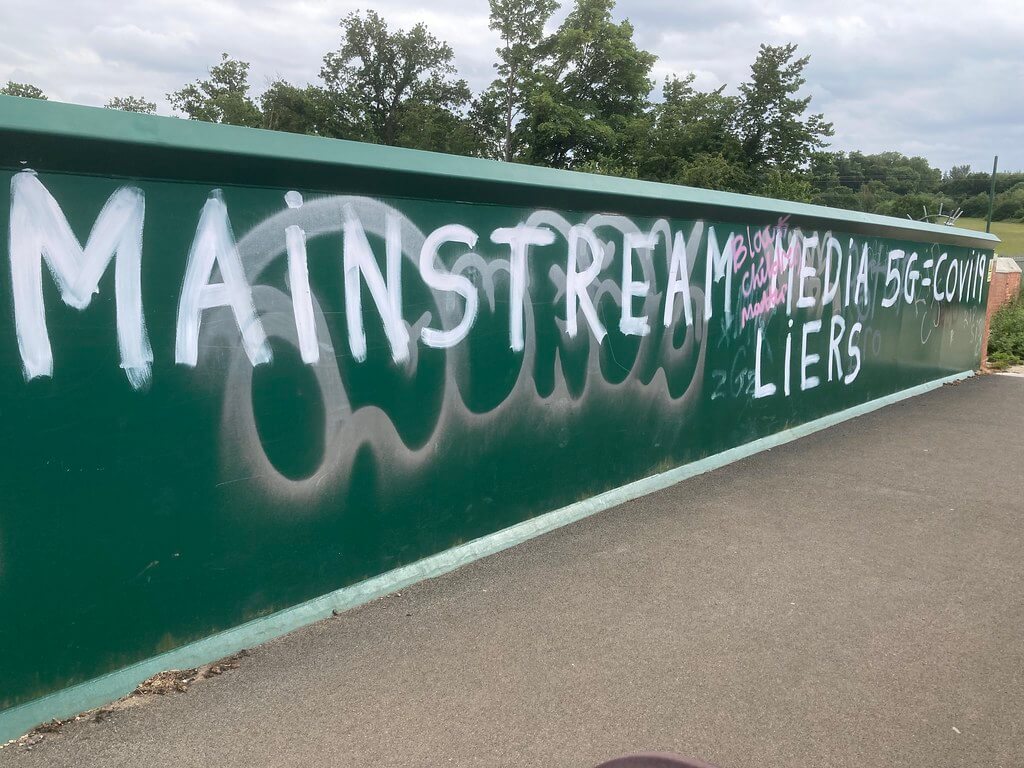 In a certain sense, both are correct. Mainstream reporting does not advocate for either a conservative or a progressive worldview. But that probably makes it more accurate than reporting from the perspective of ideological apologetics.

When I hear my conservative and progressive friends lament about some reporter not reinforcing their worldviews, I wonder what they are using the news media for. Are they seeking information or entertainment?

Someone seeking information should prefer to have his worldview challenged rather than reinforced. Something far more dangerous than any bias in the media is the confirmation bias of filtering one’s intake of information so that it only tells you what you want to hear.

Being mainstream or not presents less a problem than the medium itself. After making the active choice to seek information rather than entertainment, efficiency arises as the next consideration. Print media is an inherently more efficient means of transferring detailed factual information than visual media. In-depth reporting faces a significantly lower marginal cost in written form than does video broadcasting. Cable news rarely offers the same level of detail as a national newspaper.

Compare talking heads to written articles when they are owned by the same company. Fox News and the Wall Street Journal are both owned by a common conservative media conglomerate: News Corp. It takes about an hour a day to read the Journal. That will arm you with far more information than had you spent the entire day watching Fox News. Video broadcasting has to speak to the lowest common denominator of education level and attention span. Most air time gets devoted to simply repeating the same high-level summary of a mere handful of headline stories.

Making the most of one’s time for information absorption also means avoiding opinion in favor of straight news reporting. Cable news is too congested with commentary shows which apparently get higher primetime ratings than hard news. A newspaper’s editorial page, by contrast, is easily skipped.

So a person who has little time to follow public affairs should simply subscribe to the Wall Street Journal for national and international news. Downloading its app on one’s phone allows for easy daily reading and instant alerts. For local news reporting, the Taxpayer Association of Oregon aggregates local newspaper articles into one convenient place called the Oregon Watchdog.

If one still has more time after reading the Wall Street Journal and Oregon Watchdog, read the other two national newspapers: the New York Times and the Washington Post. You might be surprised to learn the actual reporting isn’t that different. A world of difference stands between the editorials of the Wall Street Journal and the New York Times, but you’d be hard-pressed to find their news reporting contradict each other on the facts. These other two papers are leading breakers of news in areas of comparative strength. For the Times, that’s in national political reporting; for the Post, it’s federal agencies; and both are to the foreign policy, intelligence, and defense beats what the Journal is to business, finance, and economics. These two other national papers, like the Journal, write at a college reader’s level, offering clarity and detail that lower-brow outlets are too dumbed-down to offer.

There used to be three essential Beaver State papers as well: the Oregonian, the Register-Guard, and the Statesman Journal. All three have declined considerably in the past decade, a consistent trend among local newspapers, but the Statesman Journal has declined the most. I still subscribe to it because the Statesman Journal also includes some municipal coverage of the city I live in, but the Statesman Journal is now mostly composed of banal pieces from USA Today and sometimes days-old articles from OPB. Willamette Week has managed to fill some of this void subscription-free. I’m regularly impressed with the quality of Nigel Jaquiss’s investigative reporting, given that it comes from Portland’s nightlife tabloid. That’s a strange platform mix you don’t see in other publications. Yet when there is something worth reading in any of these local outlets, it tends to be linked by Oregon Watchdog, which will save you a lot of time.

If your daily reading of the three national newspapers and Oregon Watchdog leaves time for more, two national political blogs are worth following. John F. Harris and Jim VandeHei left The Washington Post to launch Politico in 2007, and it continues to routinely publish thoughtful writing at a frantic pace. The other is FiveThirtyEight, the blog of statistician Nate Silver which offers original data analysis of both sports and politics that is hopefully the future of journalism but is still somewhat unique to his website. No better source for critical reporting on polling yet exists.

If one wants to be truly comprehensive, both topically and globally, there is one weekly newsmagazine to add: The Economist. I read U.S. News and World Report in high school and while serving in the Marine Corps. When I arrived on the campus of Hillsdale College in the fall of 1996, I discovered everyone read The Economist and made a switch. I have been reading The Economist every weekend ever since. Published out of London, The Economist was originally more of an ideologically driven advocate of free-market economics in the nineteenth century when it was the mouthpiece of Walter Bagehot. It still has an embedded laissez-faire perspective, but over time The Economist has broadened its readership so far that it’s really now just the widest read newsweekly for professionals, reporting not just political and business news but science and technology as well. Hands down, the best reporting on COVID-19 has been published on its pages.

Does that seem like a lot of reading? Actually, it shouldn’t be for someone reading the Oregon Catalyst who likely already has a hunger for these topics. How many hours are you spending watching cable news? If it’s a lot, and you want to be informed rather than just entertained, the three national newspapers, Oregon Watchdog, Politico, FiveThirtyEight, and The Economist will arm you with more detailed information you might not even realize you have been missing while watching commentary after commentary on television.