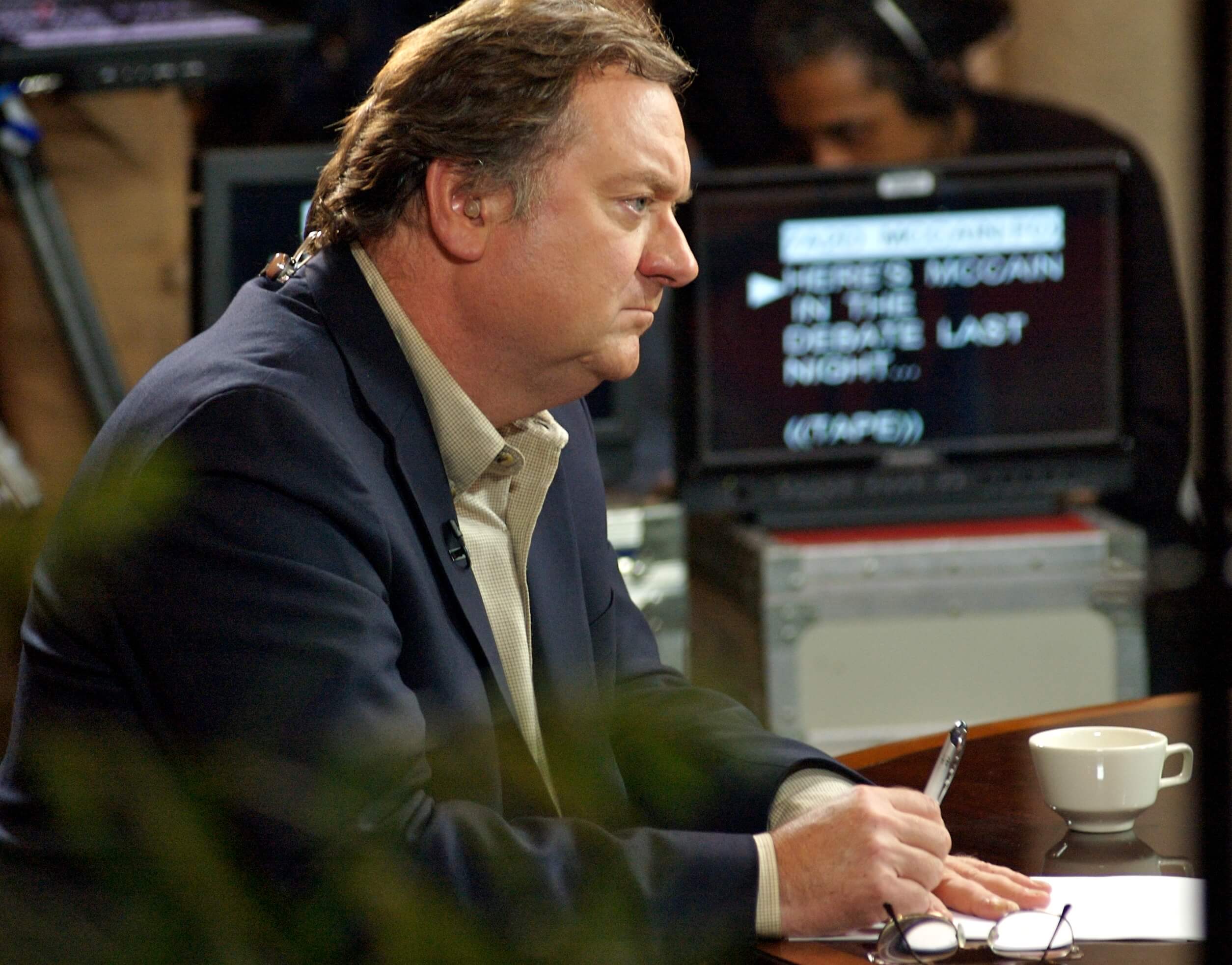 Sometimes you cannot read. I’m not referring to illiteracy. I mean, if you’re on your hands and knees scrubbing your kitchen tiles, you’re not in a position to read the Wall Street Journal.

But sometimes you cannot sit down and read. Having a TV playing in the background gives you an opportunity to absorb information while you’re mindlessly occupied doing anything from cooking dinner to picking up a mess your toddler made.

Even in these situations, there are very few broadcasts worth listening to. As I mentioned last week, the production cost of televised news, as a medium, requires a dumbed-down approach, offering too little detail as networks compete for a broader audience of less-educated viewers with lower attention spans. How many times have you been watching a news broadcast when an analyst used a word you were comfortably familiar with, but the show’s moderator had to stop the expert’s train of thought to ask him to define what that word meant? The nature of television prevents a detailed exploration of issues.

Televised news is at its best when it’s giving a recap of the week’s events. Conveniently that happens over the weekend when you are more likely to be working on projects around the home. And, forget about an actual physical TV in the living room. The few shows worth watching can be played on your phone for free from their YouTube channels, giving you the opportunity to carry them in your pocket, playing as your hands are busy.

Three Friday shows are worth listening to in this way, all produced by public television. First, the weekly “Shields and Brooks” segment of the PBS Newshour, I have been watching this since the late 80s when Mark Shields’s conservative counterpart was David Gergen. Second, Washington Week is a weekly 30-minute news analysis with a panel of leading reporters. And third, The McLaughlin Group is a weekly opportunity to hear what Pat Buchanan thinks about the events of the previous week, along with other thoughtful commentators.

Then there are the Sunday morning talk shows. They too involve a recap of the previous week with commentary, but they have a unique ability to create news with their honed style of confrontational interviews of elected officials. The greatest master of this format was the late Tim Russert (pictured above) who arguably did more than Obama could ever have hoped to defeat Hillary Clinton’s 2008 presidential primary campaign. So why did Clinton go on his show? Russert turned NBC’s Meet the Press into a must-see event that ambitious politicians could not avoid. Since Russert passed away in 2008, NBC has never been able to fully replace him, but he set the bar to which each of today’s Sunday hosts tries to meet. The other shows are ABC’s This Week, CBS’s Face the Nation, CNN’s State of the Union, and Fox News Sunday.

These Friday and Sunday shows are the best news broadcasts TV has to offer, but I don’t suggest you go out of your way to sit down and watch any of them. When you have the time to sit down and focus on something, read The Economist instead. These shows are only worth playing in the background from your phone when your hands and eyes are busy doing some chores around the house. We’ve all got a little time for that.

This is also a short list, because most television news isn’t worth listening to when there are other, more nutritious sources of information that can be played on your phone as you work. Audible streams audio recordings of books. One of the best things you can stream from that site is a recording of a college course from The Great Courses which is how I spend most of these moments.

Being informed requires active engagement and creative time management. We often see laments, in terms of politeness, about how our political discourse could be more civil. I offer this media advice to help it become more knowledgeable.