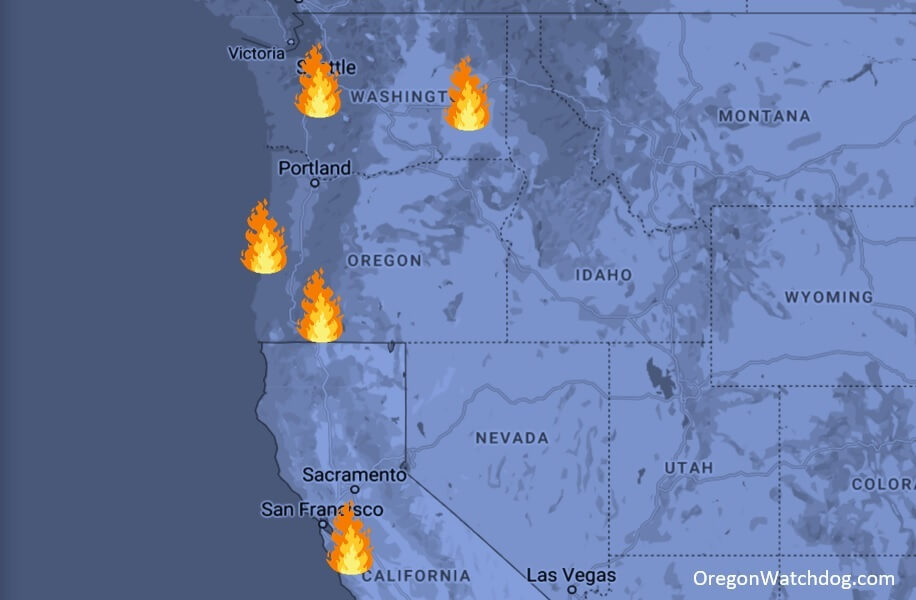 We have collected five different examples of outdoor arson that have occurred in the past few weeks across Oregon, Washington and California.

#1. Police arrested a man for arson over Sweet Creek Fires.  Lane County Police announcement.  Oregonian notes “A 44-year-old man was arrested Tuesday on suspicion of arson in a wildfire that has burned nearly 400 acres and prompted evacuations west of Eugene, deputies say”

#2. Police in Washington arrested a man who was caught setting a brush fire. fire in the brush along SR-167.  Police were forced to close the northbound ramp on the highway.

#3. Ashland Police suspect arson for Almeda fire.  NY Times reports: “Three law enforcement agencies in Oregon, including the Ashland Police Department and the State Police, said they had opened an arson investigation for the Almeda Fire

#4. Arson arrest in Spokane, WA:  KHQ-TV 6 News is reporting that police have arrested a woman for multiple arson incidencies; “According to Spokane Police, Officer Mohondro arrived on scene he saw some grass and a pallet on fire outside of a commercial business… The same officer spotted another fire a few blocks away. SPD said the fire was next to an old oil drum under a tree which gave the fire the potential to explode into something much larger was very high.”

— At time of print, the Taxpayer Association appears to be the only one compiling the list of suspected arson across the region.  If you value this type of reporting then please support us.