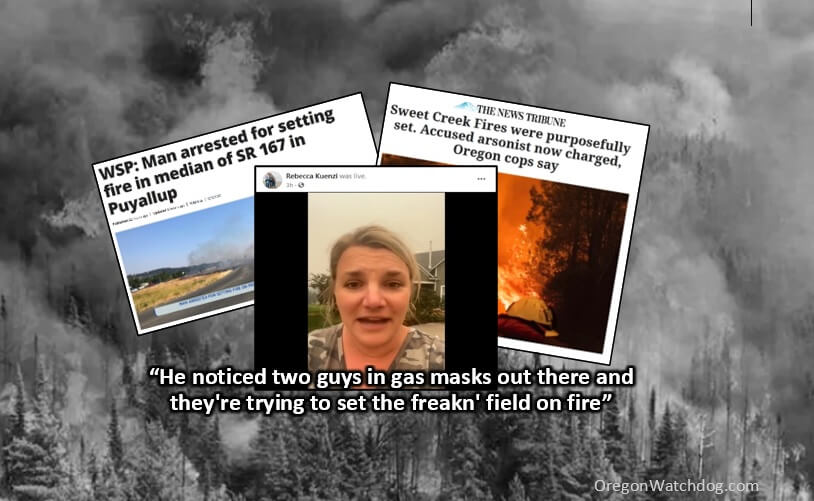 There are three examples of possible fire setting sabotage involving the NW.

#2. Police in Washington arrested a man who was caught setting a fire in the brush along SR-167.  Police were forced to close the northbound ramp on the highway. 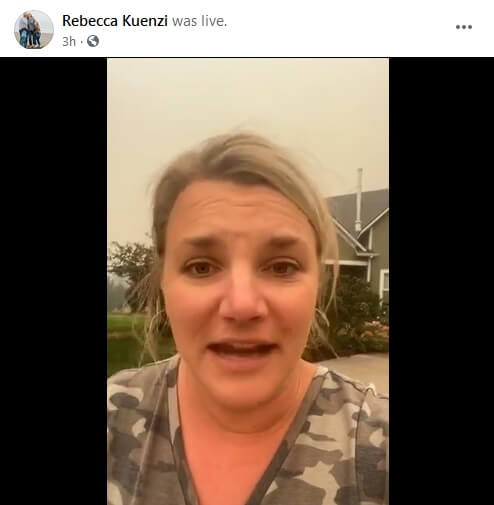 Here is a transcript:

“Scott, as you know, has been up on the Wilhoite fire on a bulldozer for the last 36 hours or something, and he was going to go home and check on our house, because, um, because just to check in our house to make sure that nobody no assholes had taken any of our stuff, and he was…he was driving from up on the hill and he came down the hill and in Markham turned right and there is a hay field right across the street from our driveway, and there is um, right before Markham circle, and um, and he noticed out in the hay field some big round bales.  One of them has a big smiley face on it.  I’m sure if you live out there you know what I am talking about.  He noticed two guys in gas masks out there and they’re trying to set the freakn’ field on fire, the hay bale on fire, the big bale, so he pulls of the side of the road and gets out of the truck and the guys run, get in their car and are headed towards Silverton.

Scott has been on the dozer and has no idea what is going on. He doesn’t know that this has been happening. I know that there was a sighting of two guys in gas masks last night at [indiscernible] trying to start a fire which somebody said was false, and um, somewhere else as well.  So I am here to tell you that it is actually happening. Scott watched them trying to start a fire on that round bale across from our driveway on HWY 213 right next to the road…I called 911 already, but I don’t think anything is happening because they do not have the people to do it”

This video has gone viral and her story has yet been UNCONFIRMED.

We hope the story is not true but we report it so people can be on the look-out for suspicious activity.  Suspicious activity is a legitimate possibility in light of the fact that two other people have been arrested in the NW related to outdoor arson this month.

Please be aware there are hoax arson stories spreading on the internet about the Oregon wildfires.  News outlets caution against it. 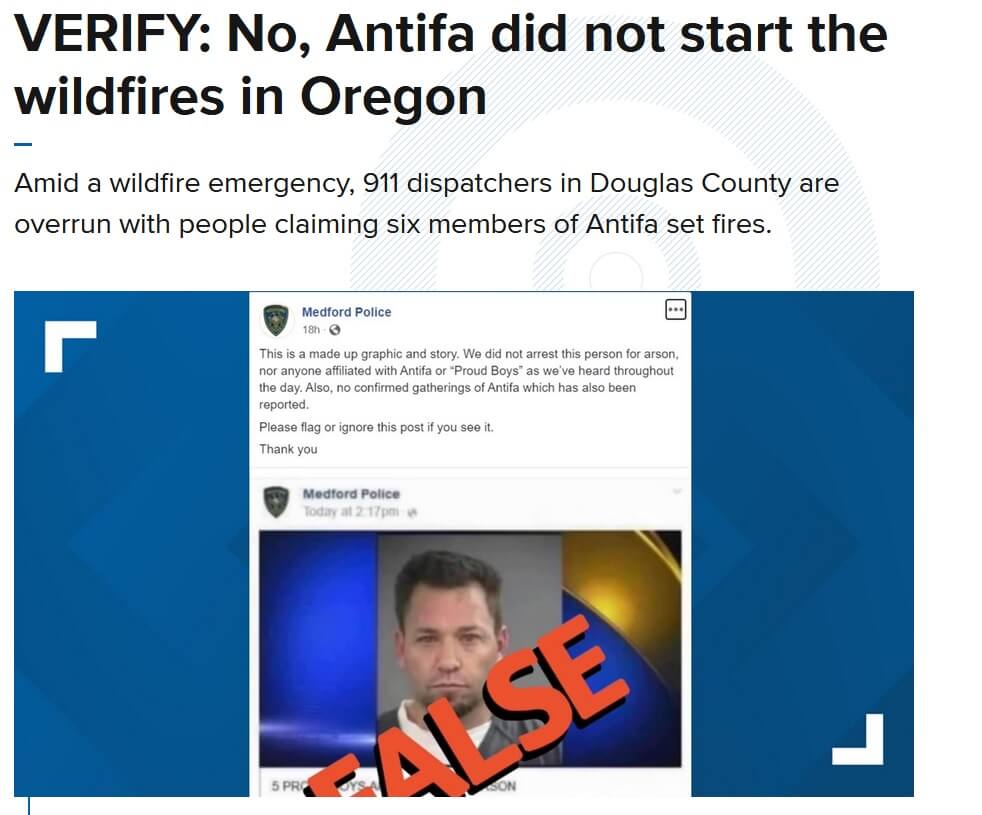 KVAL states, “‘STOP. SPREADING. RUMORS!’ Law enforcement takes aim at fake Oregon arson claims… “Rumors spread just like wildfire,” the Douglas County Sheriff’s Office said Thursday morning, “and now our 9-1-1 dispatchers and professional staff are being overrun with requests for information and inquiries on an UNTRUE rumor that 6 Antifa members have been arrested for setting fires in DOUGLAS COUNTY, OREGON.”

Do not overwhelm 911 or make inquiry calls to law enforcement unless you have actual criminal activity to report.

Do not assume who is setting the fire until we know who has.

— We will keep you posted.