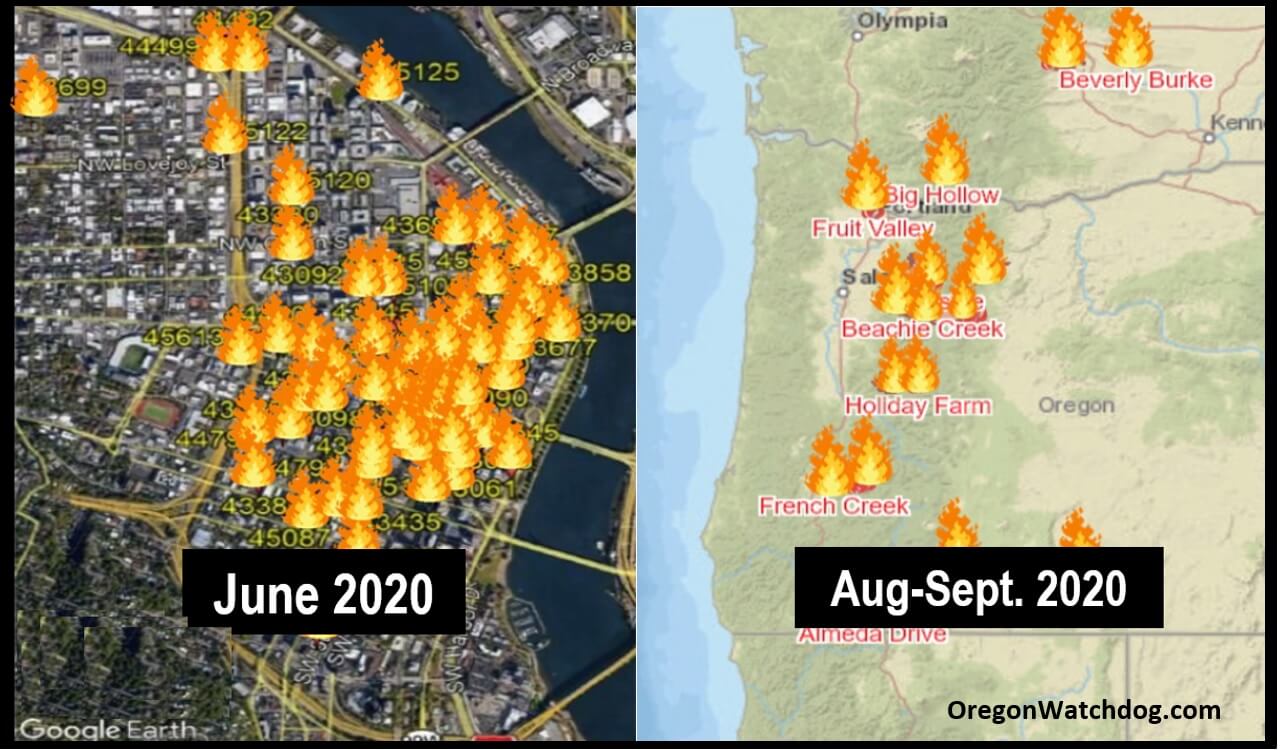 This idea of a third wave of arson was not even possible until the past 48 hours.

As we previously noted:

Wave #1: Portland was hit with nearly 100 acts of arson in June during the first outbreak of violent protests. See article (Nearly 100 arson attacks on Portland over 10-days ) 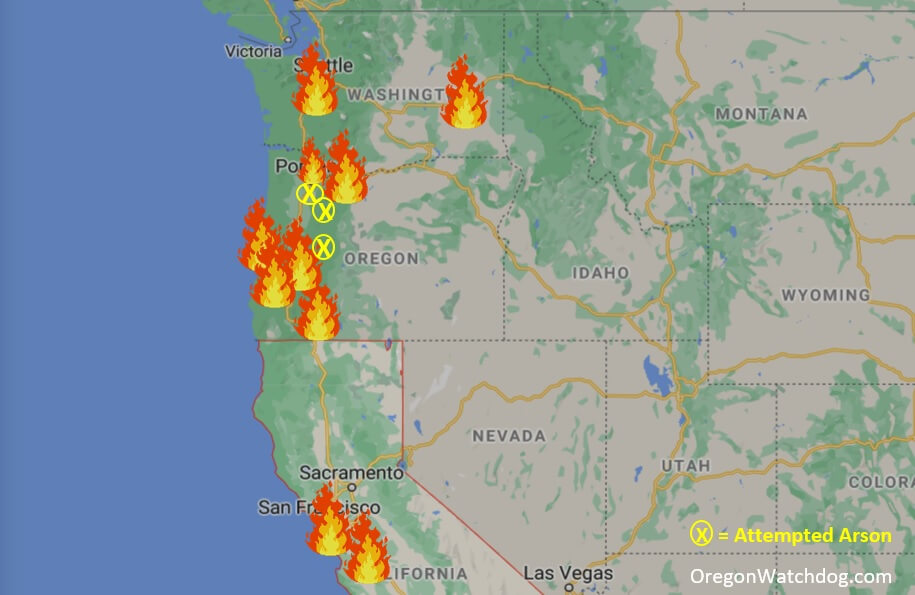 Since the death of Supreme Court Justice, Ruth Bader Ginsberg, the stakes have been extremely high and the call to take radical action has followed.  Fox News and Washington Examiner reported a rash of political voices calling for arson :

• Author & CNN commentator Reza Aslan said “If they even TRY to replace RBG we burn the entire f—–g thing down,”

• A member of Wisconsin’s ethics commission, Scott Ross, said, “burn it all down”

• Washington Post and GQ writer Laura Bassett said “If McConnell jams someone through, which he will, there will be riots,”

• A Canadian professor tweeted to “Burn Congress down”

• Writer Beau Willimon threatened: “We’re shutting this country down if Trump and McConnell try to ram through an appointment…”

Since Oregon already has had a summer of arson worse than the nation, our state therefore becomes vulnerable to calls for arson or street violence.

Some of the recent Oregon arson attacks that have been investigated by law enforcement have come from either people with mental health problems or individuals with a long criminal record.   It is very difficult to identify and stop these types of future arsonists.   Therefore it is more apparent than ever that our leaders work to end any calls for political violence and also work to keep our streets safe from violent rioting.