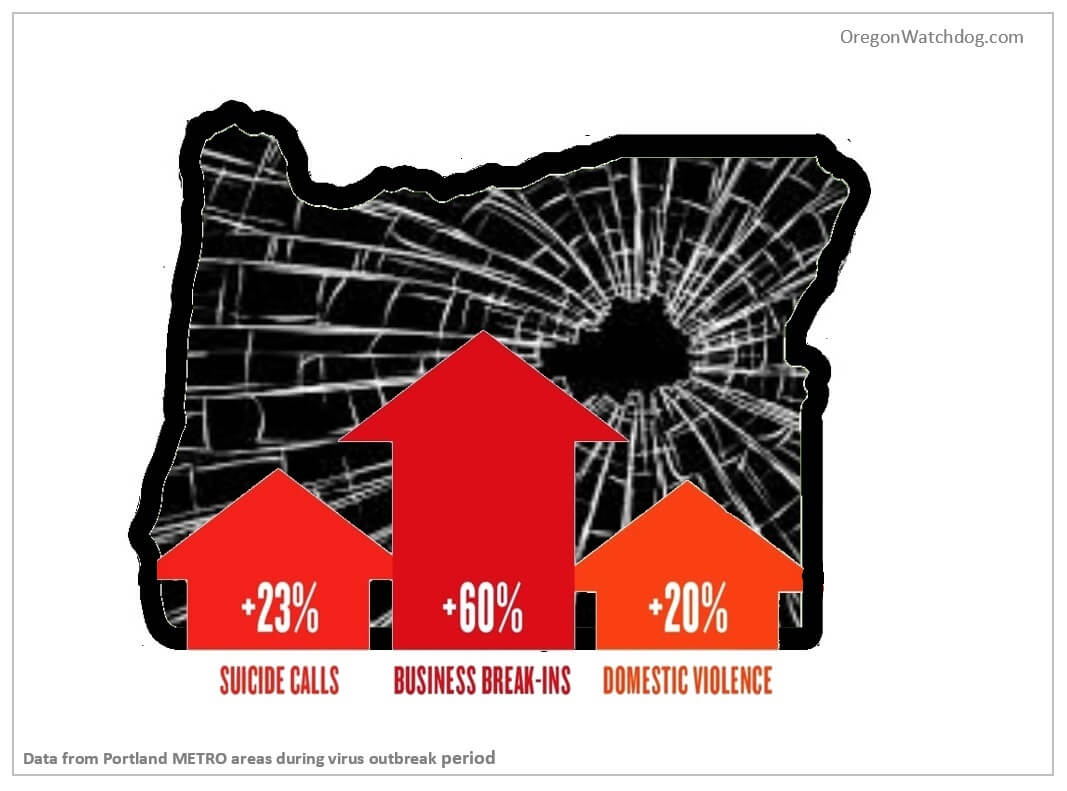 — There is a human cost to the shutdown!
Taxpayers Association of Oregon
OregonWatchdog.com

The shutdown is having a terrible cost of increasing suicide calls, domestic violence and business break -ins.

Portland Police are reporting a 22-29% increase in domestic violence.  A Portland area Domestic Violence prevention service, Call to Safety, reported receiving over 100 calls in one day which was nearly double their normal call volume.

They are also witnessing a large increase in shootings and business break-ins according KOIN-TV news.  The total numbers of business breaks ins increased by more than 60% generally in the Portland area during the March shutdown. These small businesses are already suffering from a loss of customers and employees.   Added destruction and theft to these vulnerable small businesses at the worst possible time may be the final blow that pushes even more to bankruptcy which creates more layoffs, more misery, more domestic violence, more poverty and more suicide calls.

The most tragic and heartbreaking factor is the rise in suicide attempts.  The number of suicide calls into Portland area 911 rose over 20% during the shutdown in March according to the Oregonian.

Human lives and misery are now at both sides of the scales of this terrible pandemic.

We need to do everything humanly possible to reduce the health threat and the suicide/crime threat at the same time.   This is why the Taxpayer Association of Oregon has been distributing hundreds of masks and hand sanitizers statewide while also pushing hard for re-opening plans — (See our  7 point plan to re-open Oregon).