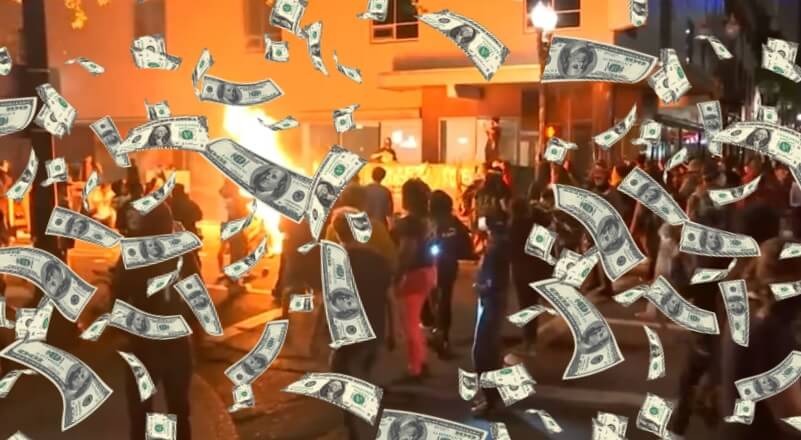 Oregon politics now mirrors the movie “Friday the 13th.” Just when you think you’ve got the latest crisis under control … “He’s baaack.” He being George Soros. Many Oregon political observers had hoped that, after his 2018 crushing defeat at the hands of Washington County District Attorney Kevin Barton, Soros would flee the state for good. The relief was short lived. Hopes that the horror movie of Soros meddling in Oregon politics was a one-off, not a sequel, have now faded.

This time with a “first in the nation” statewide ballot measure to decriminalize all drugs, including heroin, meth, you name it. Of course, like all things Soros does, the measure comes with a twist, the kind of twist a gullible public usually buys.

In 2016, George Soros began a national political crusade for criminal justice and social justice reform in America. But criminal justice reform not through the usual channels – state legislatures – but at a lower local level. The Soros version of reform is attempted by using vast amounts of his wealth to buy district attorney races to oust veteran local DAs.

The Soros version of reform revises the whole idea of crime. Car stolen? Don’t bother calling the police, just report it for an insurance claim. Shoplifters in your store? Don’t bother calling police. That’s why you have insurance. Three strikes for violent felons – gone. Soros reform includes emptying the prisons, bail relief for felons, and decriminalizing all but the most violent crimes, and much more. That’s why none of the violent arson and destruction in Portland is being prosecuted; a “reform” DA is in charge of the decisions about prosecution.

In the last few years, Soros has had the political winds at his back, buoyed by sentiments for Black Lives Matter, “Defund the Police,” and the knowledge that African Americans make up a disproportionate number of incarcerated felons in American prison systems.

By the time Soros got to Oregon for the 2018 May primary, he was on a roll. His record of ousting veteran prosecutors around the nation was a gaudy 11 of 12, his only defeat a narrow loss in Colorado’s Jefferson County. But as he piled up the victories, local media began to ask questions, such as where were these funds coming from that were aimed at upending America’s criminal justice system, and why in such large amounts?

Soros relied on subterfuge. Using a Washington, D.C., PAC called The Justice and Public Safety PAC, he poured money into local district attorney races, changing the way these campaigns have historically been run, upping the ante. He also took advantage of being able to pour undisclosed amounts of money into his D.C. PAC and then transfer that money to local PACs, using campaign finance reporting loopholes in Washington, D.C., so as not to declare the source of such enormous and mysterious amounts of out-of-state money. For a while he was able to effectively take the George Soros “boogie man” issue off table.

In Oregon, he spent close to a million dollars supporting the candidacy of Max Wall for Washington Country District Attorney. For locals and even some members of the Oregon media, the changing financial equation of how much money was now in play in a local district attorney race was astonishing – mind-numbing.

Wall’s million dollars of Soros money was partially countered by donations from Phil Knight and Action PAC. In the election, Barton would have half the funds that Soros secured for Wall. When it was over, the defeat to Soros in Washington County was huge. Barton defeated Wall 69 to 30 percent.

OPB reported the upset in 2018: “Barton’s win amounts to a rarity in a national push for criminal justice reform. Time and again throughout the country, infusions of big money have helped reform candidates win races against more established prosecutors.”

“The outside money was something I had never really quite anticipated, that it would get to the point that it did. I knew there was concern about George Soros funding DA races … But to have him do that here in Washington County, my home, it was really something where I felt a special obligation to stand up and say no,” said Barton.

After the defeat, local spokespeople for Soros let members of the Oregon media know Soros had soured on Oregon. He suddenly didn’t see the state as a wonderful laboratory for criminal justice reform, and they claimed he wouldn’t be targeting multiple DA races in Oregon counties in 2020.

Then came the pandemic. It brought Soros new opportunity. Why shouldn’t Oregon, home of Portlandia, be the vanguard of generational racial justice and criminal reform?

It started, of course, with funding and support to the fires, looting and carnage on Portland’s streets. The “peaceful protests.” Follow the money trail of background support for these riots, and it’s a safe bet that it will lead straight to Soros. Rand Paul doesn’t need the FBI to tell him who paid to bring all those protesters into D.C. to create riot and mayhem around the RNC convention and imperil the lives of him and his wife. Paul can save his effort – it’s an easy bet that the money trail leads to Soros.

But now there’s a more pernicious effort from the Soros team, a measure that would cost the lives of Oregonians, ruin the lives of thousands more, and destroy livability in our cities. This time it’s a statewide ballot measure, Measure 110, the “initiative to decriminalize the possession of personal amounts of drugs and boost funding for drug treatment.”

The measure is being funded almost in total by the New York-based Drug Policy Alliance, which has put $2.4 million into the campaign for what OPB reports “would be the first statewide law of its kind, and no well-funded opponent has emerged.

“The Drug Policy Alliance, which has received major funding from billionaire investor George Soros, has long been involved in pushing for an end to the legal war on drugs. The group helped finance a number of marijuana-legalization measures around the country, including the 2014 initiative in Oregon.”

Backed by more than 80 local organizations the measure appears to have broad support. But underneath all the coming together of liberal groups is the damage to Oregon’s civil society if Soros get his vision.

James O’Rourke, a lawyer with a career in defending the addicted in the judicial system heads up the opposition to Measure 101, and he recently spoke to OPB about the growing opposition and what’s really at the heart of his objection.

“People arrested for possession are increasingly diverted to programs offering treatment, giving them incentives they need to tackle their substance abuse problems. A lot of people need that,” O’Rourke said, adding that these intervention programs have helped keep many people from sliding deeper into addiction. He said many addicts – particularly if they are professionals – would simply pay a $100 fine and avoid treatment under the system decriminalization would set up.

In a 2019 documentary, “Seattle is Dying,” created by Seattle’s KOMO News and seen by millions, filmmaker Eric Johnson shows how the city’s opioid crisis is creating massive homeless issues and destroying the city. The film’s thesis: offenders are not prosecuted for criminal behavior; they are simply discarded and left to live in greater and increasing squalor in downtown Seattle. Johnson then contrasts Seattle’s laissez-faire approach to the opioid crisis with that of Rhode Island’s program of incarceration, treatment and release pioneered by the state’s governor, Gina Raimondo. The Rhode Island approach is effective; Seattle’s is not.

The incentive needed to force addicts into treatment is the key, so says O’Rourke and other opponents of Soros’ measure.

In this newsletter’s February issue, Salem Mayor Chuck Bennett described an incentive program used to get Salem’s 2,000-plus homeless population off the streets and into apartments. The city’s brainstorm was to give them free apartments for a year, rather than have them living on the street. The only catch was that the rent-free apartments were also drug-free facilities. Less than five percent of the homeless residents were takers. The incentive of a nice apartment was not enough to change the lifestyle. The opioid addiction is too powerful.

But that’s what Soros’ crusade is about – removing the incentives that solve problems. Measure 110’s claims about drug treatment are the big con; it’s more likely that the measure will increase drug use and destroy all the incentives that help people seek the treatment they so desperately need. But, of course, the voters in are likely to be conned by his millions in slick ads to buy into his radical ideas and all the collateral damage they wreak in our communities.