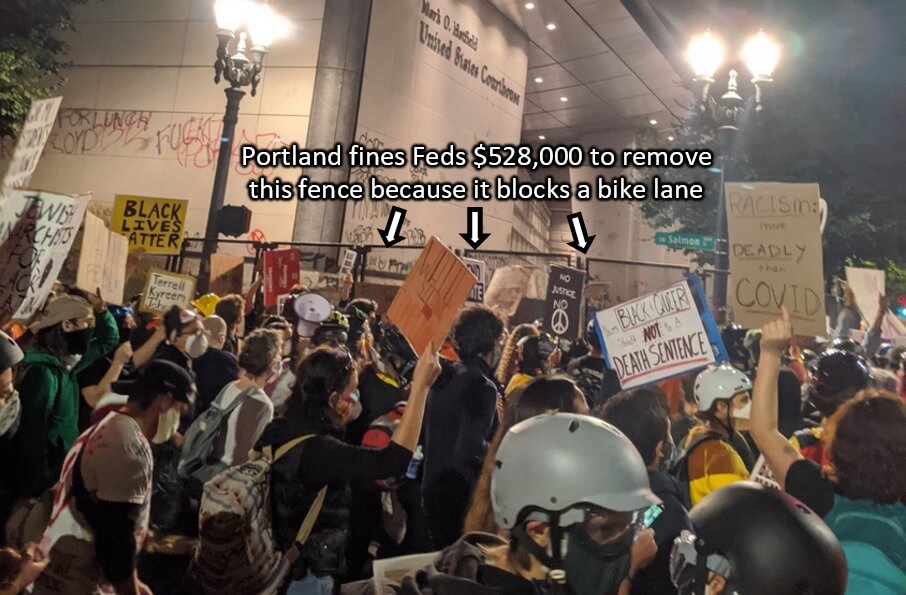 The City of Portland has levied millions of dollars in fines over a fence protecting the Mark Hatfield federal Courthouse in Portland because it blocks a bike lane and it disliked by the protestors. The Federal Courthouse has been breached multiple times with people starting fires inside in hopes of burning the Courthouse down.

At the same time, Portland joined NY and Settle in suing the Federal Government over the “anarchist jurisdictions” assignment by the U.S. Justice Department. The designation comes with the threat of reducing Federal funds. The lawsuit charges the Feds with being lawless as they claim “It is the Defendants, not the Cities, who are engaging in lawless behavior and threatening the democratic order established by the Framers.”

Both these cases seem to reflect Portland’s using its resources and attention fighting the Federal Government rather than fighting the anarchy on the streets.