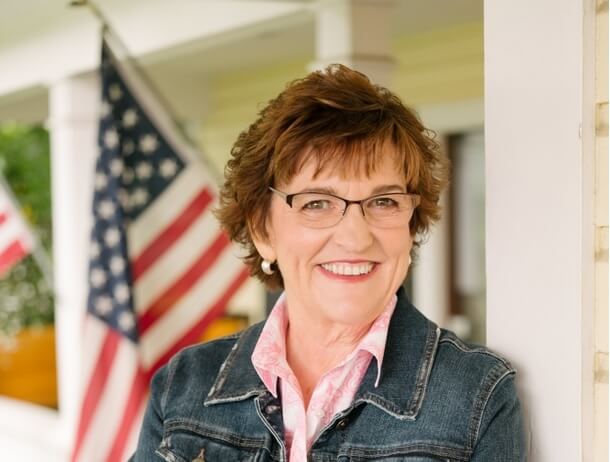 Recently, I spoke my truth about Kate Brown’s Thanksgiving lockdowns, and it hit an emotional nerve with people. Such a simple post on social media – about wanting to spend time with family on Thanksgiving and calling out Gov. Brown’s ridiculous mandates to arrest and fine people if they had more than six people for dinner – created a media frenzy. I’ve been contacted by hundreds of thousands of people all over the country thanking me for saying what they all were thinking but were afraid to say in public. Media requests have been nonstop from both national and local outlets.

I stated what many people knew to be true, yet gripped by fear, they remained mute. For the first time in my lifetime, people are afraid of their own government. And now, by suggesting that people report on each other, Brown is also making them afraid of their own neighbors. How very sad.

It’s common sense that government can’t and shouldn’t tell people what they can do in their own homes. That violates our freedom, human dignity, and so many constitutional provisions I can’t count. The order from our governor is just wrong.

After eight long months of lockdown in my beloved Oregon, we are no closer to harnessing the COVID-19 virus. Following the guidelines hasn’t seemed to help, but rather the curve is going up. Maybe it’s all the mass protests in Portland, where the numbers are by far the highest.

The isolation is slowly robbing us of our mental acuity with increased depression, domestic abuse and addiction. Continued isolation is depriving us of love and connection with friends and family while plunging businesses and people into an economic abyss, from which recovery for many seems doubtful.

We all have complied with use of masks in public, social distancing and isolation, yet the virus rages on. It’s time our state leadership takes a new approach and follows what other states are doing like South Dakota, Florida and Texas. It’s time we look at solutions that prevent not only the spread of COVID-19 but future known and unknown viruses.

Let’s begin a discussion around use of UV lighting, which kills all viruses. Let’s start talking about how people can raise their immune systems through exercise, proper diet, use of vitamins and supplements such as Vitamin D, C and Zinc, for example. We can fight this virus. As humans we have the technology and the intelligence, yet common sense is lost and evades our state leaders.

My social media post – considered controversial by some – supports family, love and the connectedness we all crave. This is a sad time in Oregon when such basic human needs have come under attack as if they are evil. Some have called me a killer, as if my family Thanksgiving dinner with healthy, smart people would increase infections or deaths.

I’ve been called an opposition voice for merely supporting family and being together. Before I made my statement, a majority of families had already planned on celebrating their Thanksgiving as usual. If given freedom, people will choose the intelligent, careful approach to all things in their lives. My statement just supported an ideal that is slowly vanishing unless we change.

Does anyone really think that a two-week freeze is all we’re in for?