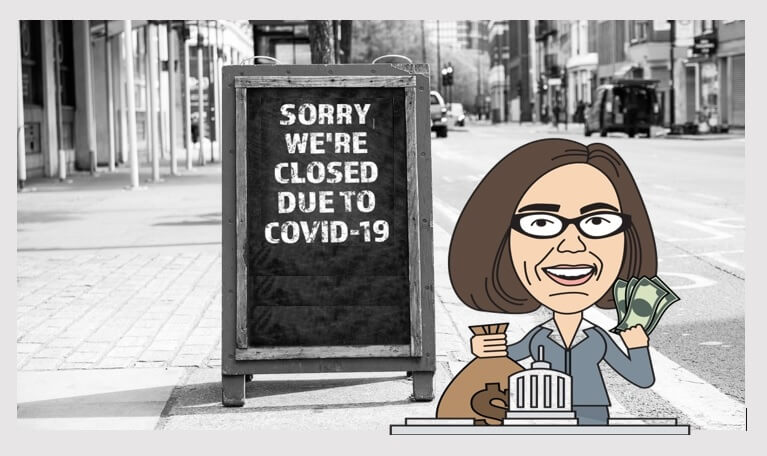 Brown says this is closing a loophole, but in reality Governor Brown’s tax hike would make small businesses pay a higher tax rate than big corporate (c-corp.) businesses for the same amount of revenue.

Governor Brown is putting the entire burden of the pandemic budget costs on the backs of small family owned businesses!!!!

Right now, businesses are ordered to be closed and exist without customers and at the same time take on new tax increases!

Governor Brown is raising taxes on a once-in-a-century pandemic.

The Oregonian reports “Brown wants lawmakers to raise $273 million by closing “tax loopholes that primarily benefit wealthy Oregonians.” That includes a tax break for pass-through businesses such as partnerships and S corporations that the Legislature adopted during a 2013 special session aimed at trimming public pension costs and raising taxes”

If Governor Kate Brown gets her way, small family owned businesses will be paying more taxes than big C-corporation businesses on the same level of revenue.

Remember that many businesses like bowling alleys and movie theaters are currently not accepting any customers due to the statewide mandate.   This is a tax increase on businesses with currently no customers.