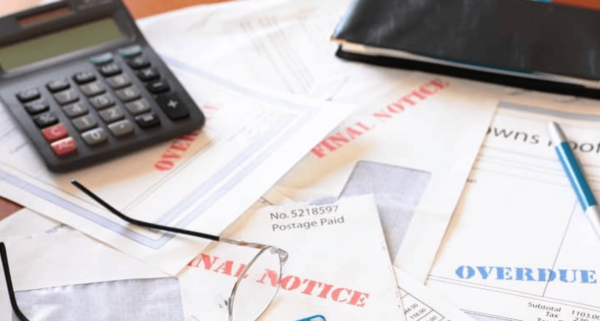 This week, the U.K. became the first western nation to vaccinate its residents against COVID-19. The recipient, a 91-year-old retired shop clerk, voiced relief, “I can finally look forward to spending time with my family and friends in the New Year.” Despite the fanfare greeting the vaccine rollout, authorities warned that the vaccination campaign would take many months. They warned the tough restrictions that have rattled daily life and cratered the economy are likely to go on into spring.

While many of us dream the vaccine will bring a return to normal life, for many people post-pandemic life will be a nightmare. The end of pauses, freezes, shutdowns, and lockdowns will mean the end of moratoriums on housing evictions, utility shutoffs, and student loan payments. During COVID-19, millions of Americans have racked up thousands—maybe tens of thousands—of dollars in unpaid rent, utilities, and student loans. For example, information presented to the Oregon Governor’s Council of Economic Advisors estimates unpaid rent in the state is between $250 million and $300 million. When the emergency ends, those bills will come due.

Elected officials have put themselves in an impossible position. If they allow masses of evictions and utility shutoffs, they will face torches and pitchforks from their constituents. If they try to pass laws wiping out the debt, they will face a revolt from some of their biggest donors. And, even worse, they will face years of constitutional challenges.

Both the U.S. and the Oregon constitutions forbid any laws “impairing the obligation of contracts.” Rental agreements are contracts. So are arrangements with utilities and student loan providers. Neither the federal government nor state or local governments can simply “wipe out” the payment provisions of these contracts. Our politicians are in a bind, but it gets even worse.

One way to work around the constitutions’ contracts clauses would be to establish a voluntary program of debt forgiveness. But for a program to be truly voluntary, the state must provide a compelling incentive for debt holders to forgive the debt.

If such a fund is established, it will be an admission that the governor’s emergency orders have caused enormous damage to households and businesses. If the state is willing to admit it’s caused at least $100 million in damage to rental properties, how much damage has it done to restaurants, bars, retailers, manufacturers, nonprofits, and families?

In September, Portland attorney John DiLorenzo sent a letter to Governor Kate Brown demanding the state compensate several businesses for losses associated with her pandemic-related executive orders. Under Oregon law people are “entitled to reasonable compensation from the state” if their property is “taken” under the emergency powers Brown invoked to shut down most of the state. According to DiLorenzo, “What’s happened here is the governor has basically destroyed property for the purpose of furthering the policy behind the executive order.” Rep. Fahey’s draft bill would be the first piece of legislation to attach a dollar figure to the value that has been taken as a result of the executive orders.

It’s easy for politicians and policy makers to mindlessly remind us, “We’re all in this together.” But, too often they face no meaningful consequences for their decisions that affect millions of people. Oregon’s law requiring reasonable compensation for property taken under the governor’s emergency orders was designed to impose a consequence on the government. If the government has to pay a price for its emergency orders, then the government is more likely to make decisions that account for the costs it imposes on everyone else.