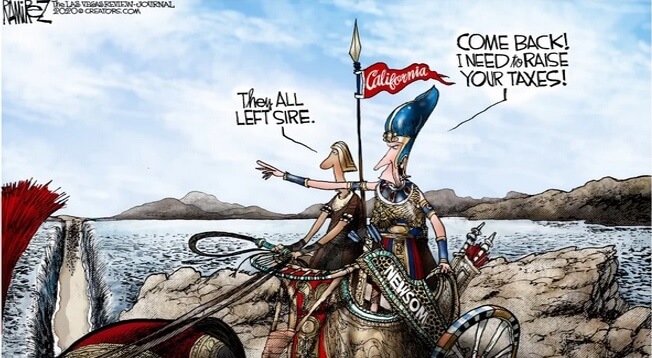 “But the bigger news from Wednesday’s new population estimate was that 135,600 more people left the state than moved here. It’s only the 12th time since 1900 the state has had a net migration loss, and the third largest ever recorded…In recent weeks, a string of high-profile business leaders have announced they are leaving California for states with lower taxes and fewer regulations — including Tesla CEO Elon Musk and the headquarters of tech giants Oracle and Hewlett-Packard, whose roots trace back to the founding of Silicon Valley.”

What has happened to California is bound to happen to Oregon.