Note: Please see updates at the bottom of the article

Today the Oregon Legislature’s official website shows State Senator Brian Boquist (R-Dallas) is no longer a member of the Oregon Republican Party. As of yet, no press announcements have been made. It’s currently unclear when Sen. Boquist changed his registration and when this change was posted.

The last Independent members of the Oregon Senate were Avel Gordy (Portland) and Ben Westlund (Tumalo) who changed their party registration at between 2006 and 2008 (source). 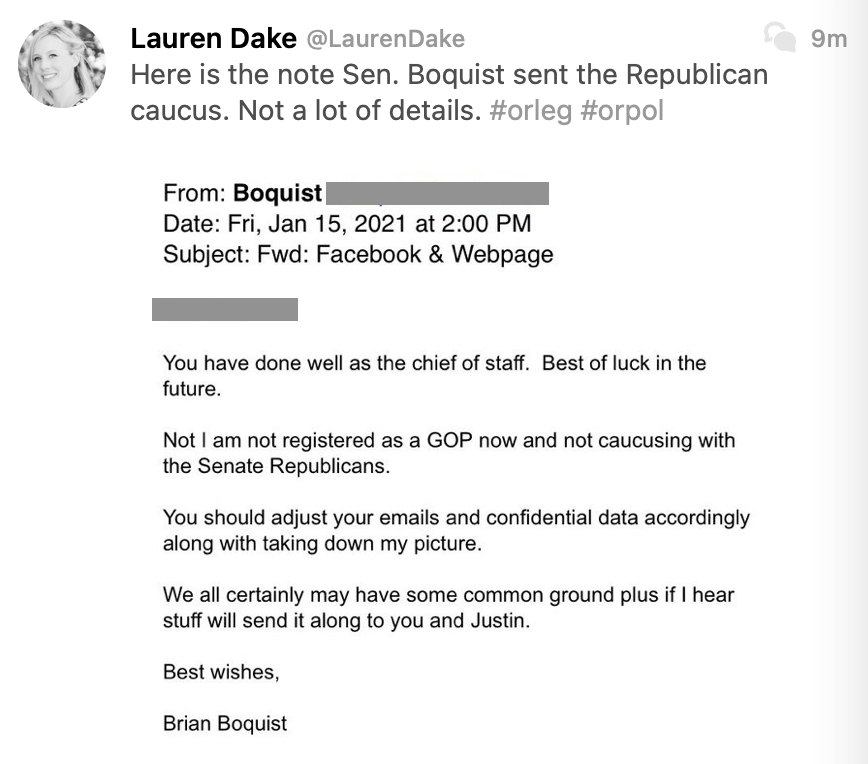 Update 2: Someone familiar with the his public voter registration record has confirmed Sen. Boquist is now registered with the Independent Party of Oregon.

More details as this story develops.