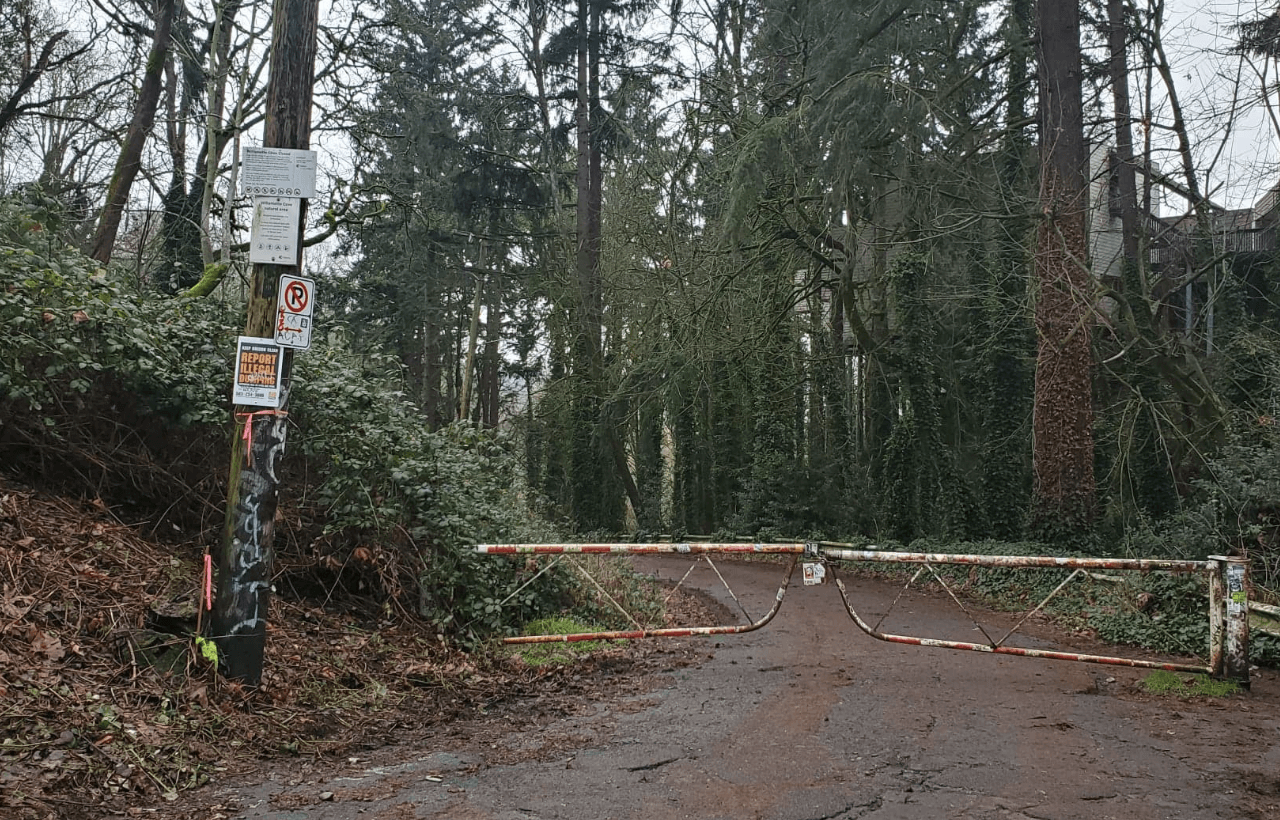 What does an old industrial site from World War II have to do with your tax dollars? Actually, quite a lot.

Willamette Cove dates back to the early 1900’s as a hub for industrial activity in Portland. Metro bought the property in 1996 from the Port of Portland with the intent of creating a new multi-use trail just minutes away from Cathedral Park, the University of Portland, and multiple neighborhoods.

Twenty years later, you can technically take a walk in Willamette Cove, but you would need to ignore the warning signs, hop the gate, and wear special protective gear. Despite several decades in public ownership, warning signs still call attention to the area’s hazardous levels of contaminants, which include dioxins, metals, and polychlorinated biphenyls (PCBs). These contaminants are known to cause cancer and other adverse effects.

Metro has worked voluntarily with the Oregon Department of Environmental Quality and the Environmental Protection Agency to clean up the area. In 2015 and 2016, the majority of spots hazardous to human activity were removed. Yet, the site does not appear to be any closer to becoming a beloved Portland park than it was in 1996.

Recent action by the DEQ to finalize a cleanup plan prompted Metro to make Willamette Cove eligible for funding from the $475 million in Parks and Nature bonds approved by voters in 2019. The funds Metro will dedicate to the project are for assisting the cleanup process led by the DEQ, but they do not guarantee public access to the site.

Willamette Cove is distinct from many of the regional government’s parks and natural areas and should be prioritized by Metro. Willamette Cove is in the heart of Portland and borders several neighborhoods as well as a university. The convenient location of the site contrasts with the majority of Metro’s parks and natural areas, many of which are outside Metro’s jurisdiction and far from any neighborhoods or public transportation.

Willamette Week reports the area is so convenient that some residents take the risk and walk their dogs along the shore, despite the hazards. The area is also used as a campground by those experiencing homelessness. These activities highlight the need for Metro to restore the area and provide the recreational opportunities requested by the community. Other small-scale projects, such as Killin Wetlands, can wait.

Providing public access to Willamette Cove would revive Metro’s original mission for its Parks and Nature program: to offset the loss of backyards in urban areas with “nature in neighborhoods.” Yet, only 12% of Metro’s land acquisitions are accessible to the public, and over 80% are outside the urban growth boundary.

The 2019 parks and natural areas bond measure does almost nothing to bring parks where they are needed most—within the urban areas in which people live and work. In fact, the largest project funded by the measure, Chehalem Ridge Nature Park, can only be found by car since it is located almost 20 minutes from the nearest TriMet stop. Prioritizing public access to pedestrian-friendly Willamette Cove would be a sign of good faith from Metro that it can shift direction and provide parks within the cities, where taxpayers need them most.

Metro’s Parks and Nature program has needed a reset button for decades. Willamette Cove could serve as just that for taxpayers tired of funding inaccessible natural areas far outside the urban growth boundary. Metro should prioritize the restoration of Willamette Cove and expedite the construction of a multi-use trail. Metro residents have been waiting decades for this type of recreational opportunity.