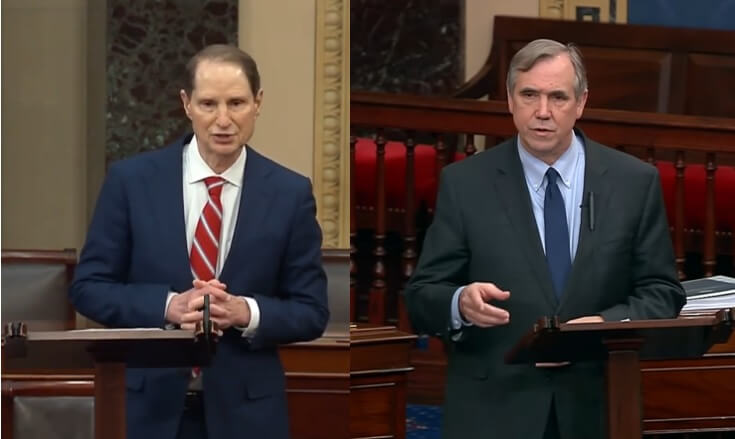 Both of Oregon’s U.S. senators signed their names to sponsor a bill granting statehood to the nation’s capital, Washington, D.C.

Sen. Tom Carper, a Democrat from Delaware, sponsored the bill that calls for creating the State of Washington, D.C., the 51st state in the United States. It was submitted to Congress in January and referred to the Committee on Homeland Security and Governmental Affairs.  It would give the 61 square mile land a vote in the Senate (for comparison the smallest US State Rhode Island is 1,000 square miles).

Among the 38 cosponsors, all Democrats except for Independent Sen. Bernie Sanders of Vermont, were Sens. Jeff Merkley and Ron Wyden of Oregon. Both of Washington’s senators, Patty Murray and Maria Cantwell, also signed on to the bill.

Republican lawmakers have opposed the effort to make the District of Columbia a state. The House of Representatives passed a similar statehood bill last year in a vote of 232-180.

With one party rule in Congress, will this Statehood Bill pass?