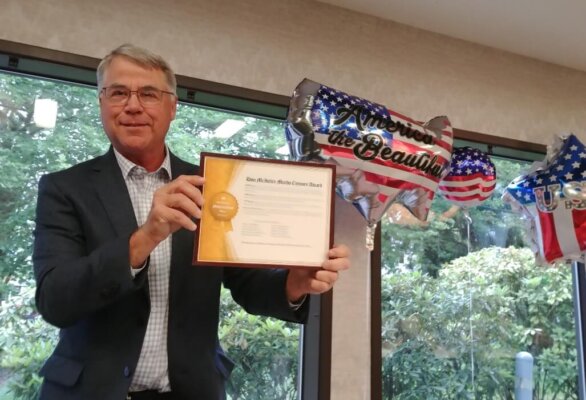 The July 3rd Oregon Executive Club honored the Republican Senators who protested by leaving the State Capitol over the public being denied the right to vote on the wide-sweeping Carbon Tax, Bill HB, 2020 which would have raised gas prices by 22 cents and utility prices as much as 53%.

A cake celebrated these “Magnificent 11” Senators. 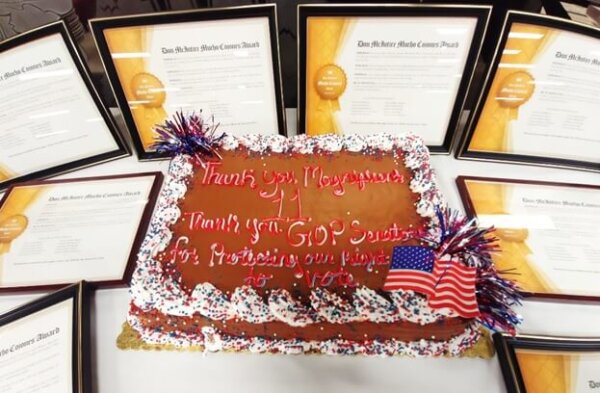 Also speaking was Loren Hutnick who helped organize and lead the TimberUnity movement and the incredible display of trucks and public support at the State Capitol. 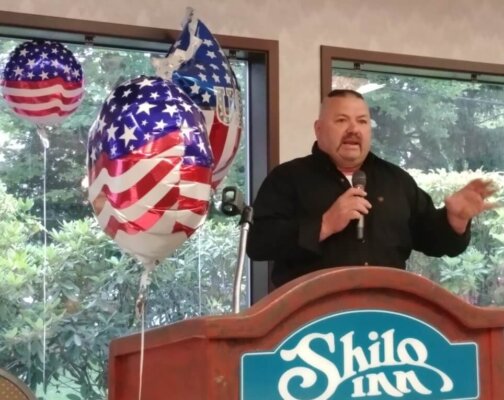 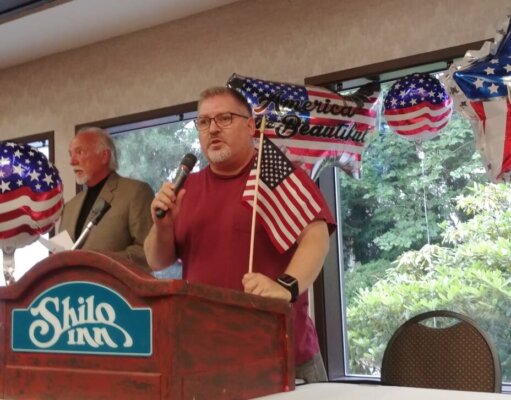 People signed thank you cards to the GOP Senators. 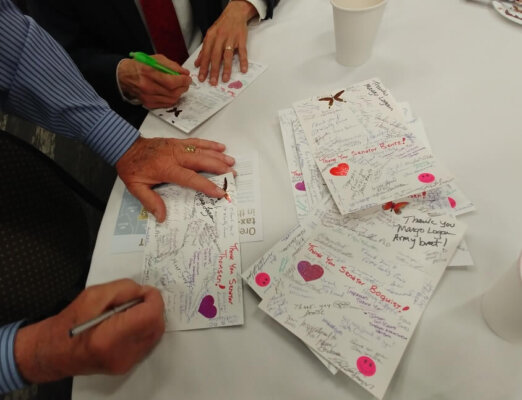 Here is what the award said….

WHEREAS your protest ignited an uprising among the people and outpouring of support and gratitude that hasn’t been seen for decades.

BE IT RESOLVED, to the Courageous Eleven that the people of Oregon owe to them a debt of gratitude for saving their small businesses, their jobs, their family budget and saving them from $5.00 gas.