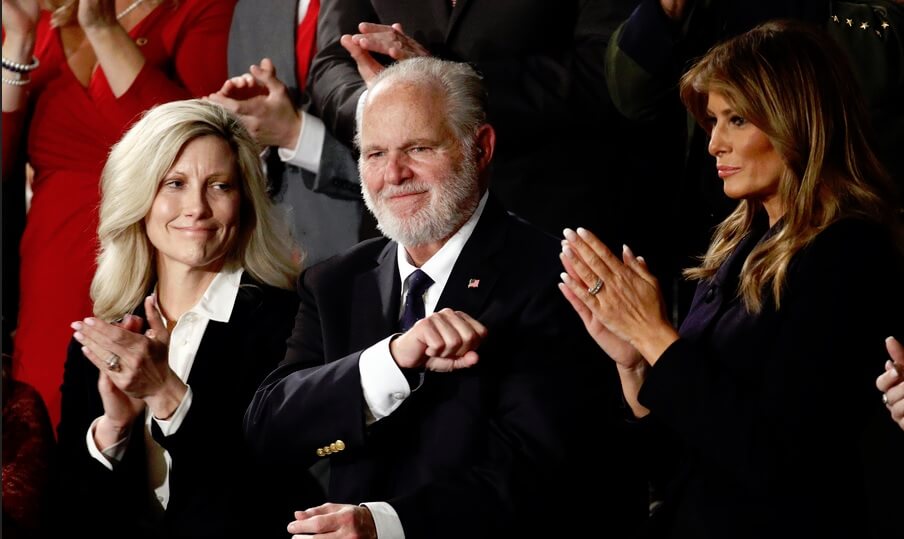 When Rush Limbaugh launched his nationally syndicated show in 1988, talk was the smallest format in American radio.

Today, spoken word is the single biggest format and is further amplified by podcast, streaming and social media.

Rush had failed as a Disc Jockey and failed at radio sports announcing.

There’s a life lesson in that.

One year and two weeks ago, Donald Trump gave Rush the Presidential Medal of Freedom as a champion of American 1st Amendment rights. When the President awarded that high honor, he knew that Rush had also been given a death sentence:

He stayed on the air, informed his audience and presented a brave and happy face to the literally tens of millions of Americans who turned to him.

Early this year, after the chemotherapy had failed Rush reminded his audience that his doctors didn’t expect him to make it…

To the November election

personal friends. Many of us are.

I would LOVE to tell you that I knew Rush as a friend but I never got the opportunity.

I would have welcomed it.

I only met the man once. I was in California for a talk radio conference. Word came down that Rush would show up in person and speak (that didn’t happen often).

I was early, got a spot in the front row when the audience heard the back doors of the auditorium open and we all turned around to look.

When I turned back around, there he was, standing in front of me, the biggest man in talk radio: RUSH!

He shook my hand and then he moved to the stage.

he knew was ultimately a death sentence.

He faced it with the kind of optimism he always exhibited.

He got the best medical care.

Many of us, facing the imminent end of our lives, if we had the resources to do so (and

Rush certainly had plenty) would quit and simply enjoy what we had left.

He stuck with his audience, who he loved, and advocated for the country he loved.

God bless Rush Limbaugh, may you Rest in Peace.

To discuss Rush, and his massive impact on the talk radio industry, Lars spoke with the head of Talkers Magazine, Michael Harrison.