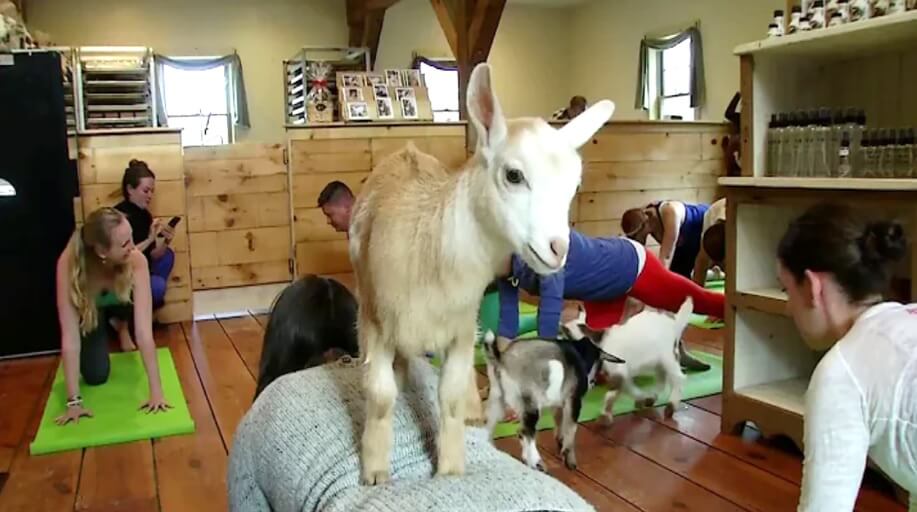 People can engage in therapeutic and exercise classes with horses in Oregon’s exclusive farm use zones, but they can’t do goat yoga. That may change under Senate Bill 559, which would include livestock in the land use provisions so people who want to exercise with goats can do so.

Goat yoga brings people together to engage with livestock while exercising, according to proponents of the bill sponsored by Sen. Sara Gelser, D-Corvallis. But because goats don’t produce wool, milk, or meat, they weren’t considered as “raising livestock” under the farm use provisions, the Capital Press reported.

Farmland and agricultural protection groups as well as county government officials have eyed the proposal with skepticism, wary of expanding the interpretation of “equine therapy” because it could open up farmland to unwanted commercial uses that could damage protected agricultural lands. Horseback riding on farms is allowed, but goat yoga is a business.