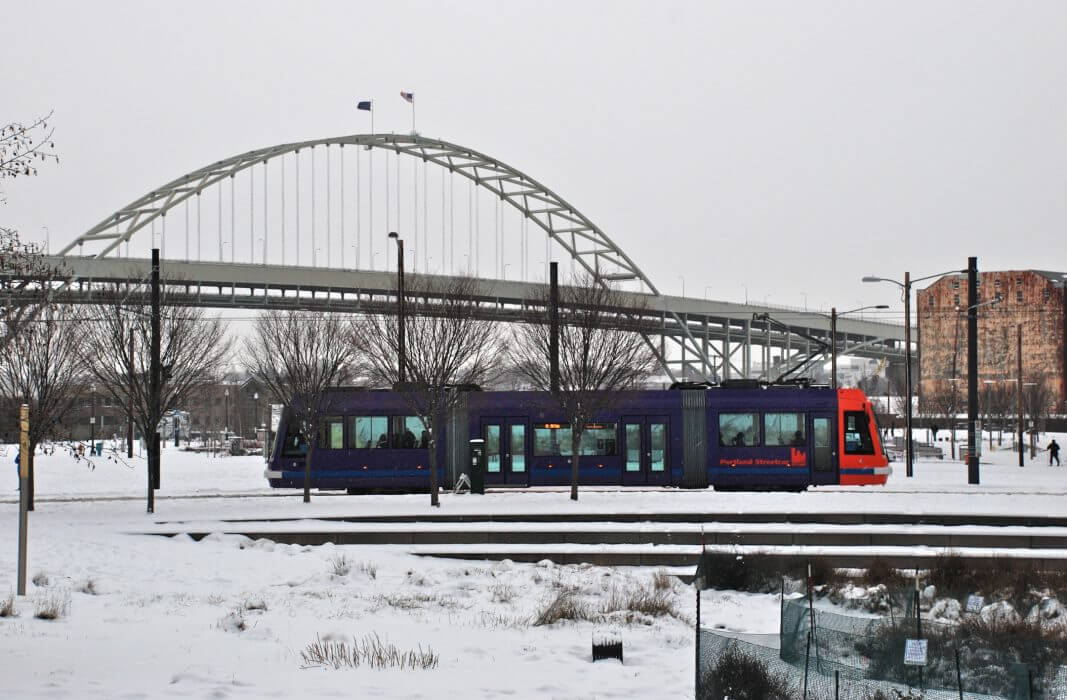 The Willamette Week warned everyone last December when Portland was predicting small amounts of snow by saying It’s Snowing in Portland, Which Means a Bunch of Weird Stuff Is About to Go Down.  How we handled it recently made the front page of the Wall Street Journal in an article entitled “Oh, No, It’s Snowing! What’s Poor Portland to Do?”

Here are some choice comments;

“The City That Works,” as it calls itself, doesn’t much work when it snows”

“After about 2 inches fell in December, traffic was so snarled that 30-minute commutes lasted hours. Drivers abandoned cars and walked home. When 6 to 12 inches fell this month, a television-station headline declared: “Chaos in Portland as city buried.”

Goat-yoga practitioners will have to wait out this season’s snow in Albany, south of Portland, where Lainey Morse shut down her goat-yoga sessions for January due to the storms. She didn’t want humans—some drive from Portland—to risk icy roads to do the exercises alongside her animals, she said. And “they have seasonal depression,” she said of the goat’s snow response. “They hate it.”

The article does address some issues with Portland, such as their past refusal to use salt.  Other articles have mentioned that we do not put the snow plow to the ground but rather one inch higher to protect the roads. Others blame the public at large.

Give us your thoughts.