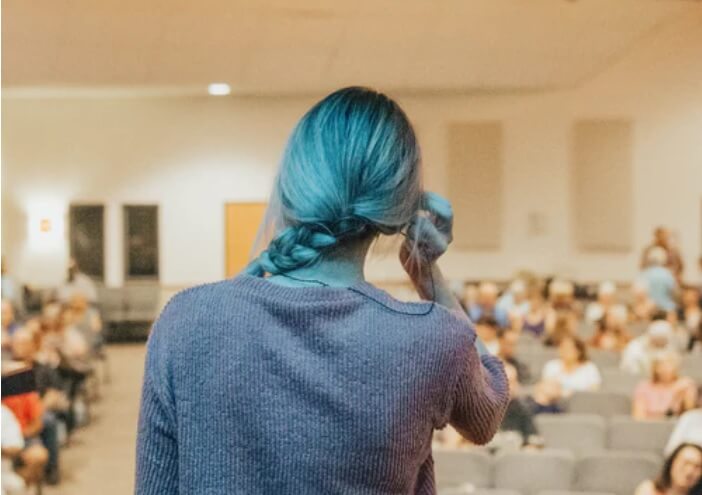 By Reagan Knopp
This article provided by Oregon Transformation Newsletter.

Republican political influence in this state has reached a precarious tipping point. The year 2010 was the last time Republicans controlled gavels in either chamber of the Oregon Legislature. Former Secretary of State Dennis Richardson’s 2016 victory feels like ancient history. An increasingly uncertain redistricting map appears to be the final piece Democrats need to gain the quorum-proof majorities they so desperately seek to finally advance an increasingly radical, leftist agenda.

Oregon Republicans appear poised to take “the first step into a thousand years of darkness” that Ronald Reagan warned of in his famous “Rendezvous with Destiny” speech in 1964. Is there any path for Oregon Republicans to regain relevance?

We don’t need to look any further than Washington, D.C. While the media put a heavy focus on Republicans losing control of the White House and U.S. Senate, and falling short of regaining control of the U.S. House, Republicans laid the groundwork to win a strong, conservative majority in the next decade. Republican women are responsible for paving the way forward.

Nationally, Republicans flipped 15 seats in the U.S. House. Eleven of those flipped seats (73%) were conservative, pro-life women. The 2020 GOP freshman class has a total of 19 women out of 46 freshmen (41%). This is an incredible accomplishment in a difficult election.

In the Oregon House, you can see similar success taking shape. Republicans flipped two seats, one with a Republican woman, Suzanne Weber. Out of the five freshman Republican members, four are women. The Oregon House Republican caucus now has a total of nine conservative, pro-life women out of 23 total members (39%).

It’s clear that when conservative women run for public office, they win. Groups like Susan B. Anthony List and Winning for Women have made it a focus to identify high-quality, conservative women to run for Congress and other statewide offices, and then go all in to help them win.

I want to applaud Oregon House Republicans and others who have begun this important work in Oregon. We need more organizations, more financial backing, and more people to make the same commitment to see Republican women candidates succeed in Oregon. It won’t just gradually happen or suddenly occur as if by accident.

The reason more efforts are needed is that we still have so far to go. In the Oregon Senate, there is only one Republican woman. Back in D.C., the record-high 30 conservative women in the U.S. House GOP still represent a mere 14% of their 211 person conference.

Democrats also have a tremendous head start. In 2009, the first class of women graduated from Emerge Oregon. This group trains liberal women how to run for public office and win. Every year they accept about 25 applicants into their program, train them, and then turn them loose into state and local elections. In 2020, 82% of their candidates won. They trained upwards of 125 candidates, and they will only continue to see more success if we as Republicans do not match their efforts.

I am not here to convince you this will be easy, or that increased effort will immediately turn Oregon into a red trifecta in 2022. This is hard work. House and Senate Republicans, coalition groups (such as Oregon Right to Life where I work), GOP donors, and grassroots conservatives will all have to make a conscious decision to spend their time and resources to recruit, train and support conservative women for public office. Sometimes that means we will need to say no to some of our male Republican friends who wish to run for these same offices. Those conversations will be difficult.

Voters need to see themselves reflected in the candidates Republicans put forward for public office. The Republican message is once again starting to cross party, race and regional lines in a political realignment we haven’t seen for two decades. Oregon Republicans won’t capitalize on this without a dedicated and focused effort to elect conservative, pro-life women to local and state offices.

I am 25 years old and my daughter will be born in April of this year. I want her to have a chance to inherit an Oregon that is balanced and thriving. That can’t happen if Democrats continue to dominate the state as they have in recent years. I am committed to getting off the sidelines to begin the hard work.

The future of the Oregon Republican Party is female. It will take all of us to make it happen.

Reagan Knopp is the political director for Oregon Right to Life.